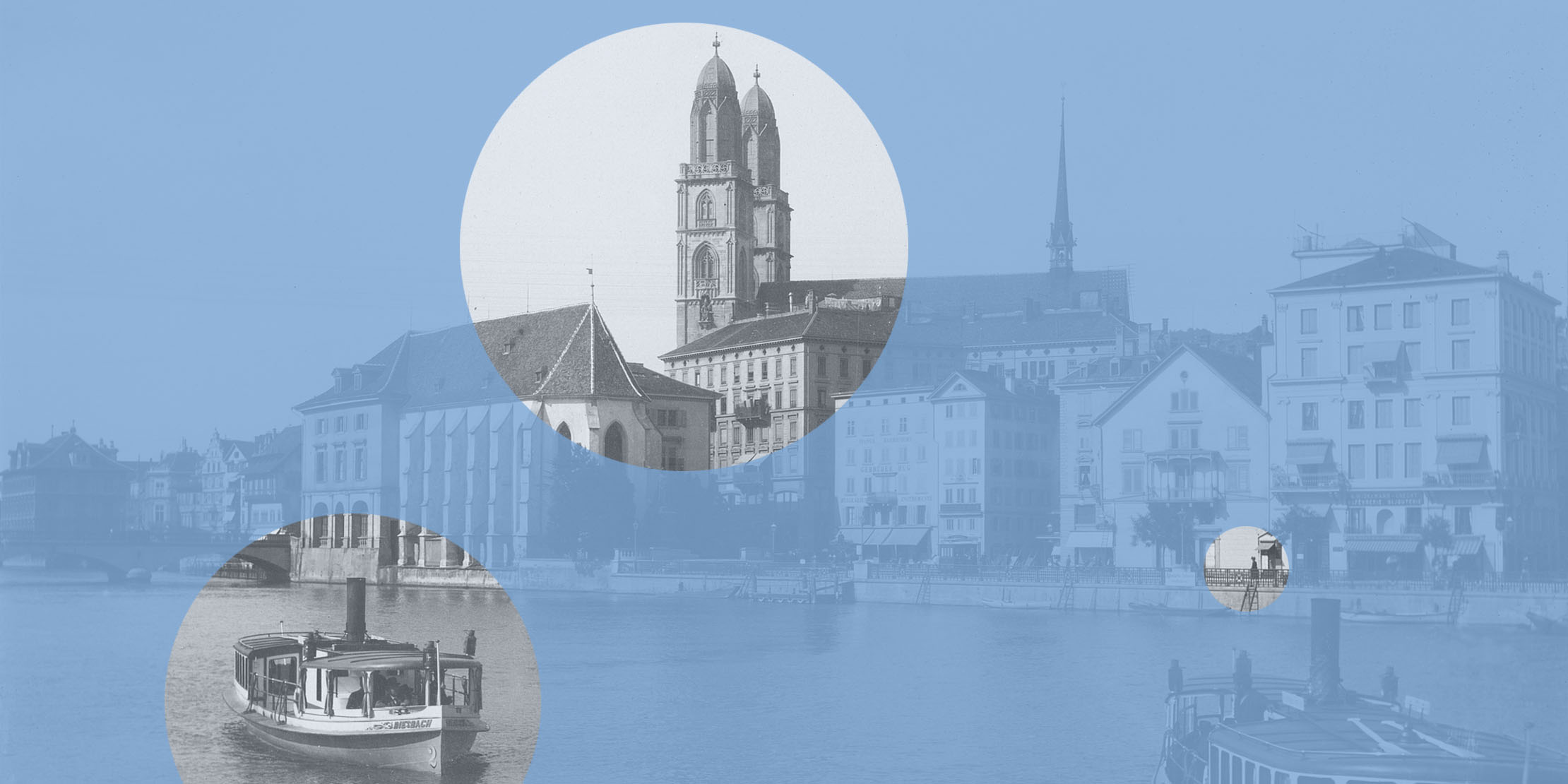 ZürichFenster – a window on Zurich

Twice a year, our “window on Zurich” in the Turicensia Lounge presents a Zurich-related topic drawn from history, architecture, literature, culture and society with the help of a book display and touchscreen. Drop by and look through the window for a view of Zurich.

Winegrowing in the canton of Zurich 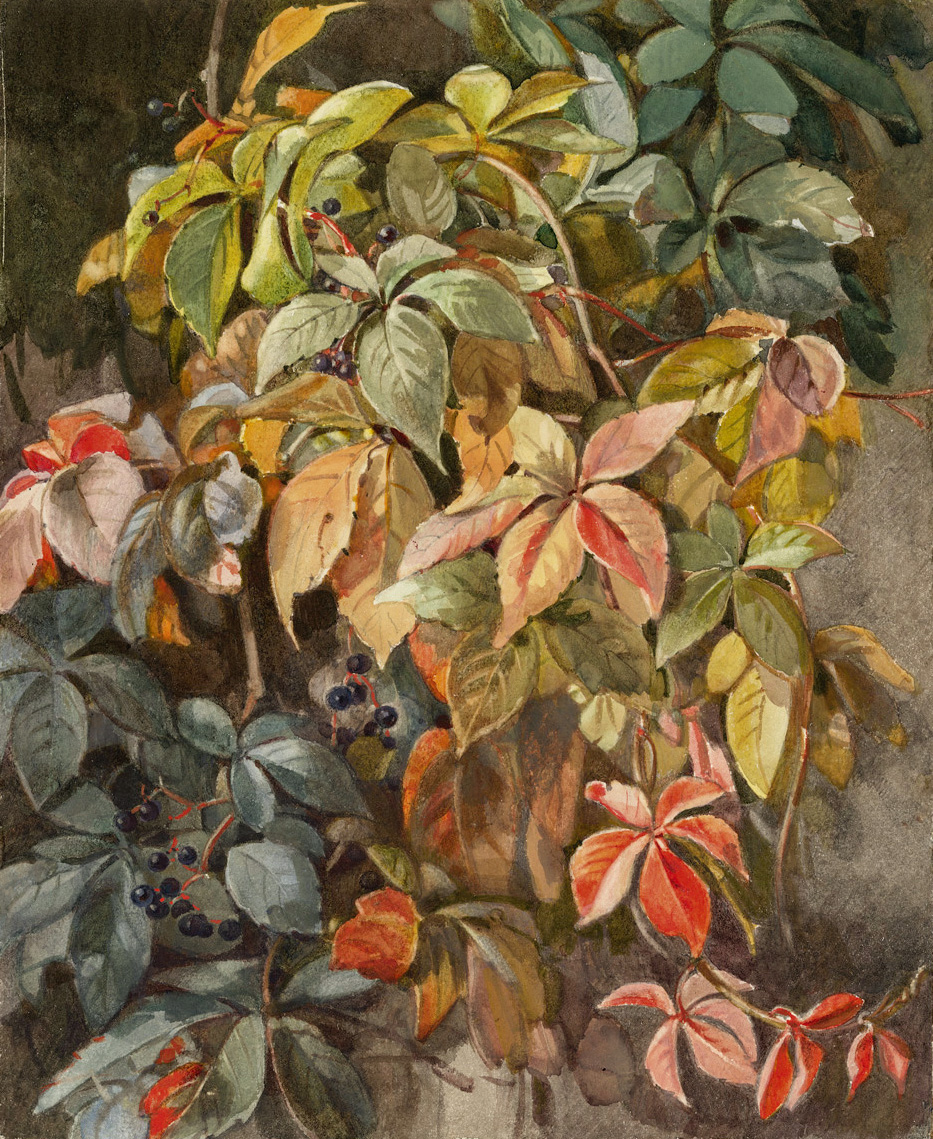 Late September until December 2022. With more than 600 hectares of vineyards, the canton of Zurich is one of the largest and most important winegrowing cantons in German-speaking Switzerland.

What distinguishes the different winegrowing regions? Which types of vine are typical for Zurich? And which Zurich municipalities have winegrowing in their coat of arms?

You can explore this fascinating topic on the touchscreen and in the media that accompany our ZürichFenster window. Bottoms up! 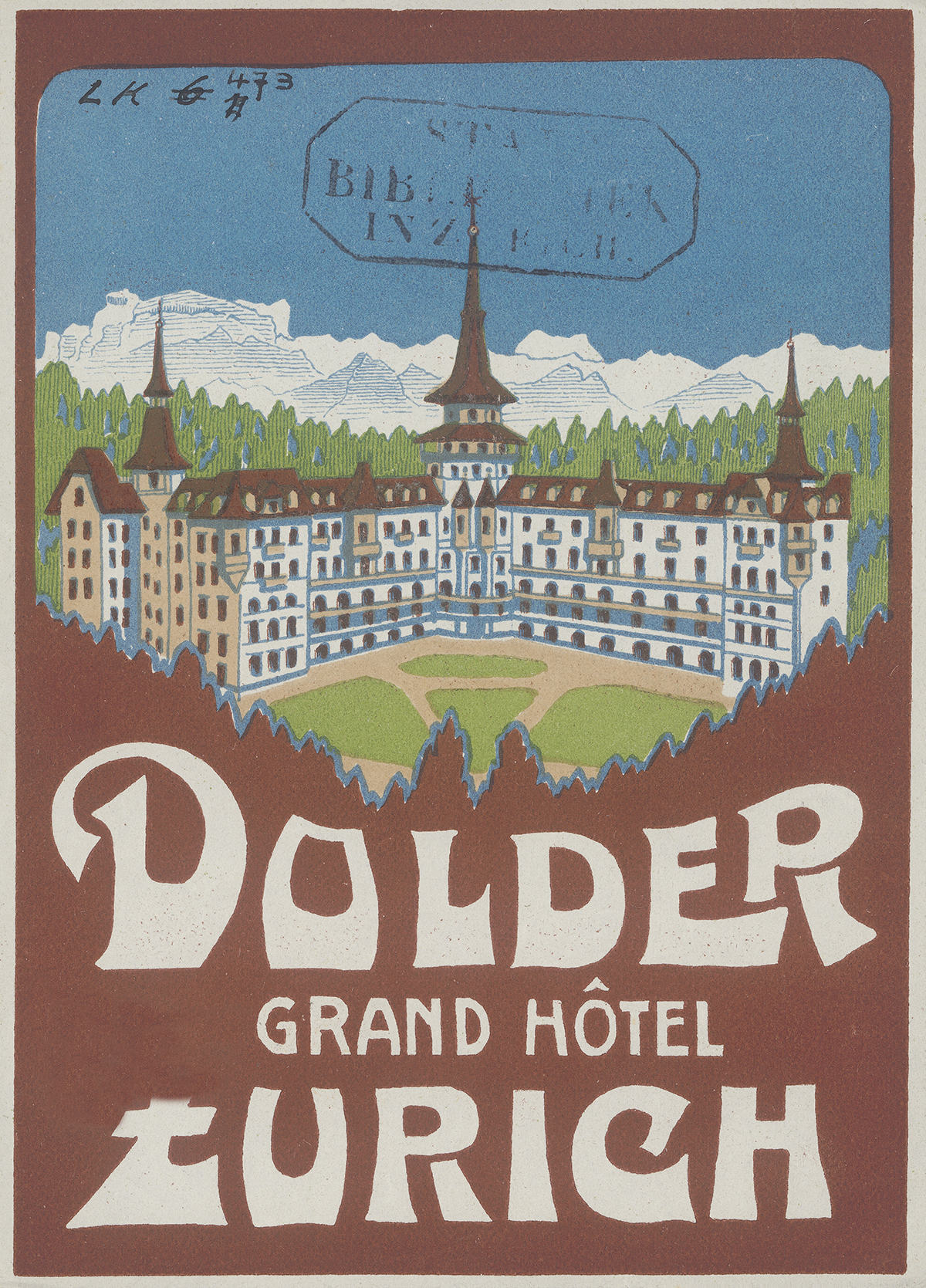 Late June to September 2022. What makes a hotel ‘legendary’? Its history? Its location? Its architecture? Its guests?

In our latest ZürichFenster window, we present a small selection of ‘legendary’ Zurich hotels and invite you to explore their history through photos, postcards, stories and anecdotes.

Nature conservation areas in the canton of Zurich 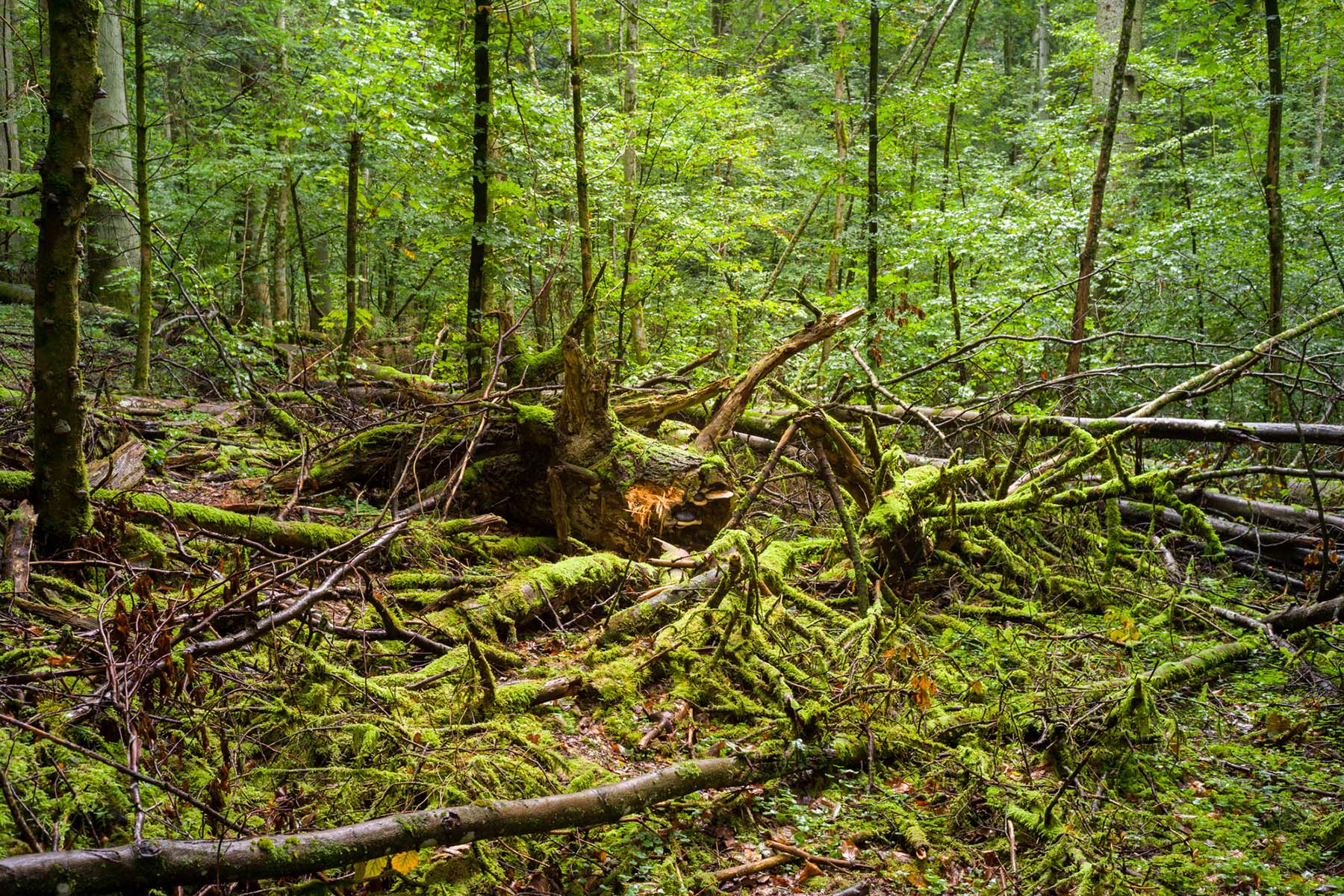 March to June 2022. Our next ZürichFenster has a distinctly green look to it! As soon as the weather turns warmer, people head out into nature conservation areas such as the Sihlwald. It has been given over to nature since 2000 and is already showing some of the features of a quasi-virgin forest. Large-format photographs by Zurich-based photographer Caroline Fink from the natural forest remind us that spring is in the air.

On the touchscreen, we look at a selection of other nature conservation areas in the canton of Zurich. There is also a selection of related media to browse through.

Winter sports in the canton of Zurich 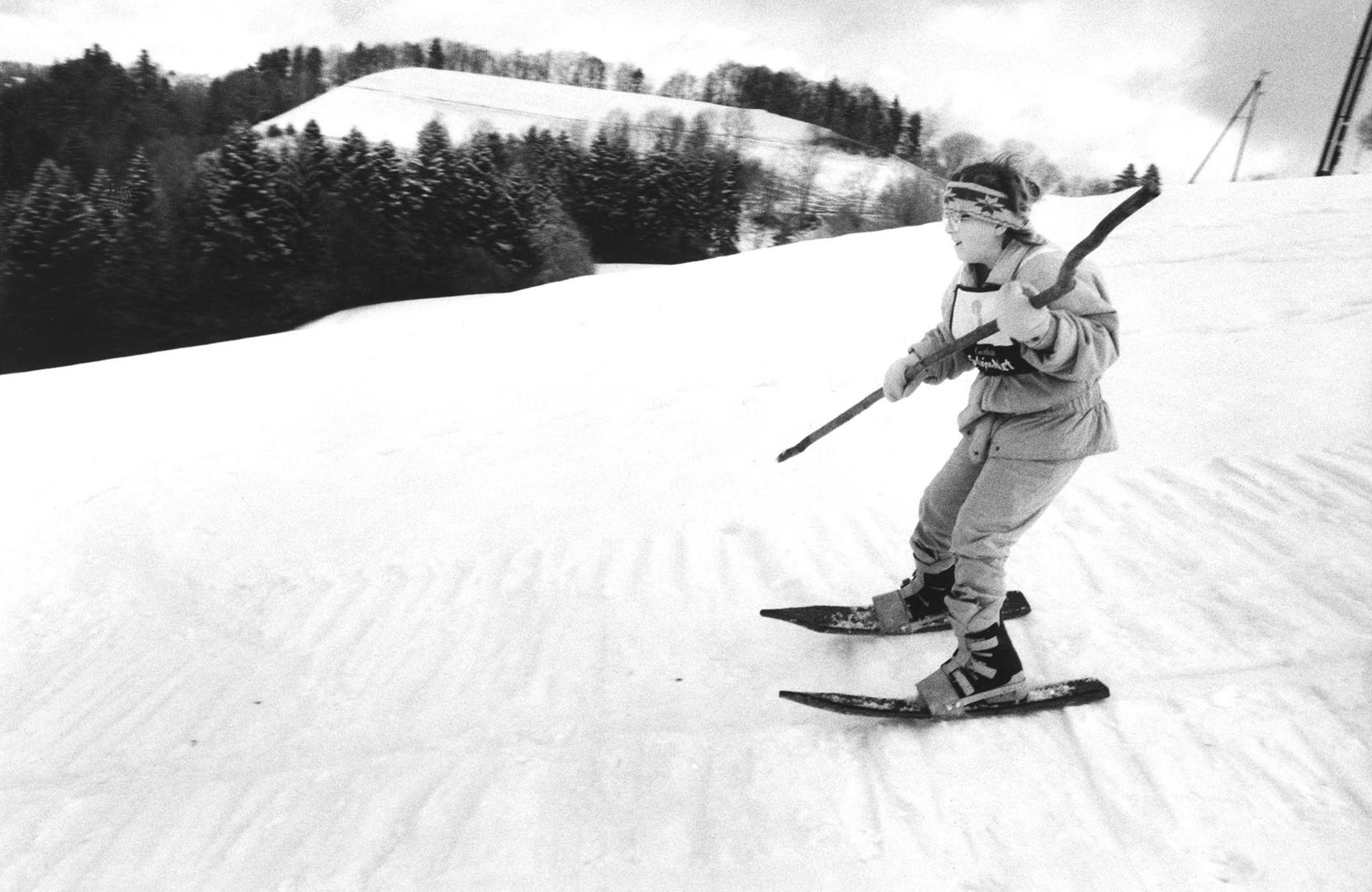 December 2021 to March 2022. Winter is back, and with it come winter sports. The highest point in the canton of Zurich is just under 1,300 metres above sea level, so the region is far from a typical winter sports centre. Undeterred by that fact, people from Zurich eagerly engage in various sports on the snow and ice.

Our current ZürichFenster takes a look at winter sports in the canton. Large-format images, some from the Tages-Anzeiger image archive in our Department of Prints and Drawings, show locals on skis, sleds, toboggans and snowboards. On the touchscreen, we turn the spotlight on some individual sports. 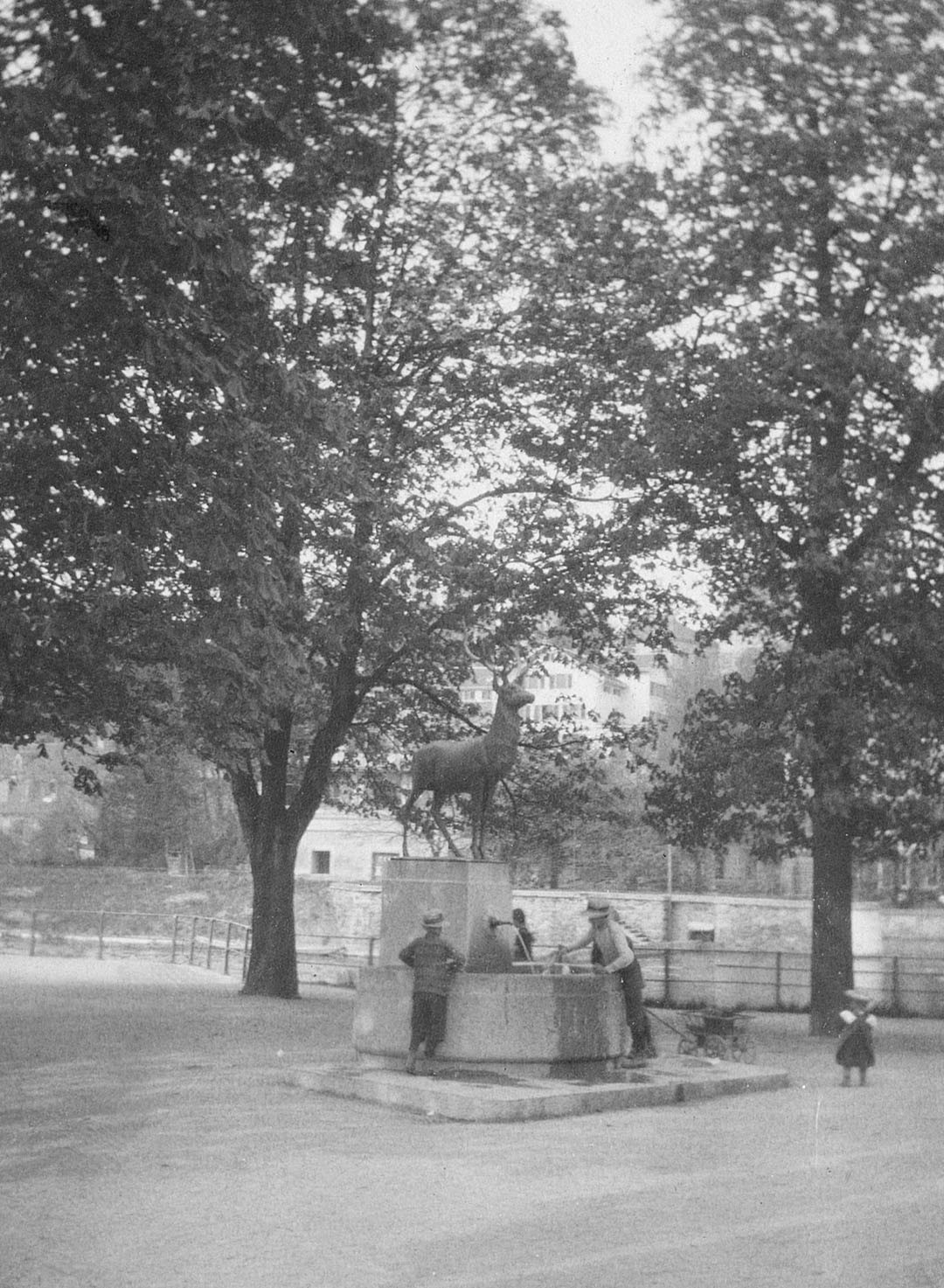 June to August 2021. Fountains are omnipresent in the public space, and have inspired poets including Robert Faesi.

The fountain chatters with the night,
Which answers not, nor listens right,
Too rapt it is in its own thought.
The fountain speaks, the night ignores –
Night’s silence and the fountain’s lores
And all the talking comes to naught.

This poem by the writer from Zurich is reprinted in Albert Lesch’s “Zürcher Brunnenbuch”. The publication is currently in our Turicensia Lounge, in the reference library on our current ZürichFenster.

This time round, ZürichFenster turns its attention to Zurich’s fountains. Via the touchscreen you can access descriptions of 24 of them, including modest examples such as the village fountain in Oberurdorf and whimsical constructions such as Hans Witzig’s school fountain in Wil. You can also use QR codes to find the locations of the fountains in GoogleMaps. There are also large-format historical images of fountains to explore.

We list literature on more Zurich fountains in the Zurich Bibliography, including newspaper and magazine articles as well as individual book chapters. 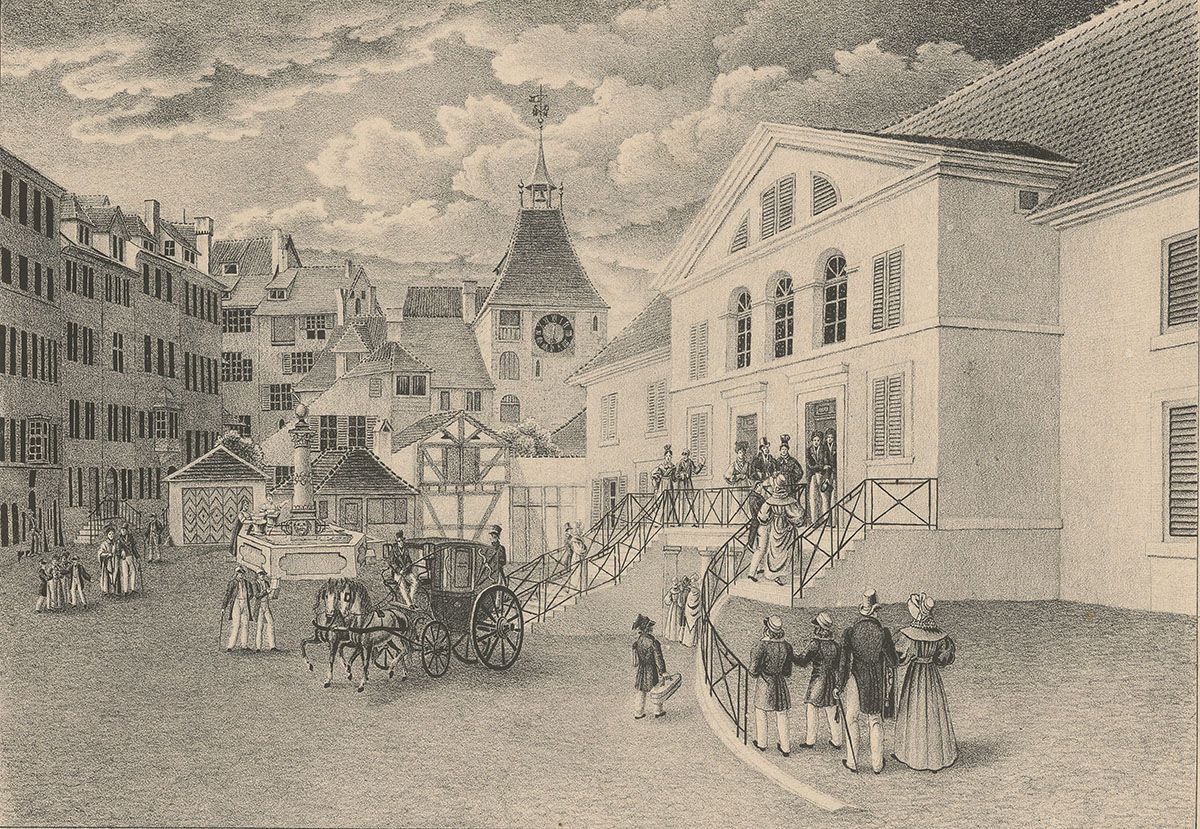 December 2020 to February 2021. This ZürichFenster looks at Zurich’s theatre history. Texts, images and films that can be accessed via the touchscreen in the Turicensia Lounge tell of the city’s first permanent theatre, the first female theatre director, the great theatre fire and the new building at Utoquai. Historical photographs document the construction of the opera house, and there is also a selection of books to browse through.

Further images and literature about Zurich’s theatres can be found in our new search portal swisscovery.

Manuel Saitzew – an economist in Zurich 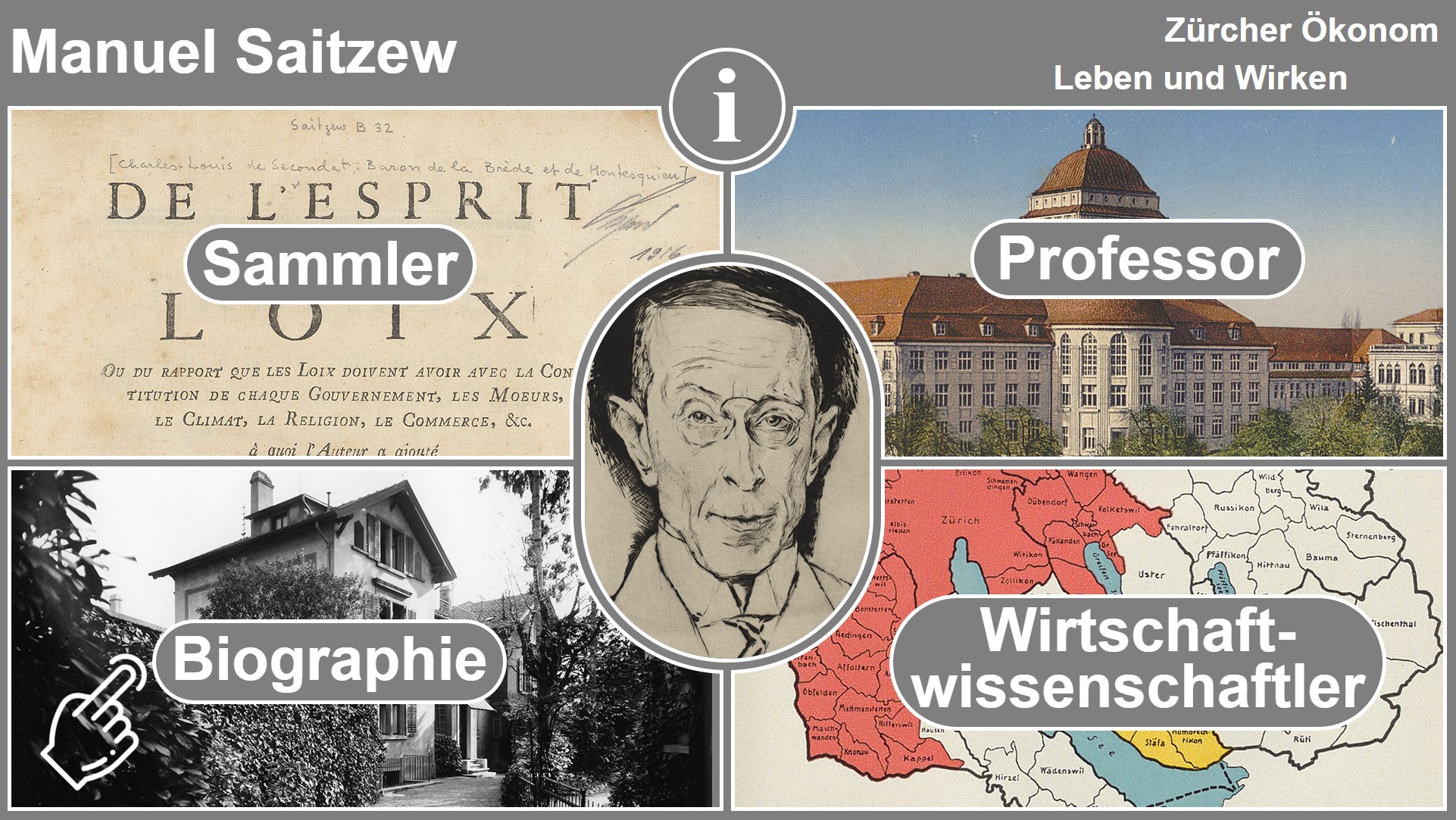 From July 2020. From the mid-19th century onwards , the University of Zurich becomes a well-known haunt of economists. Many of them pass through on their travels, but one who stays is Manuel Saitzew (1885–1951), the son of a Ukrainian industrialist.

He is the subject of our current ZürichFenster, which sheds light on his life, the collection he left to the ZB, and his work as a university lecturer.

More literature on Zurich’s economy at the ZB can be found in the Rechercheportal. 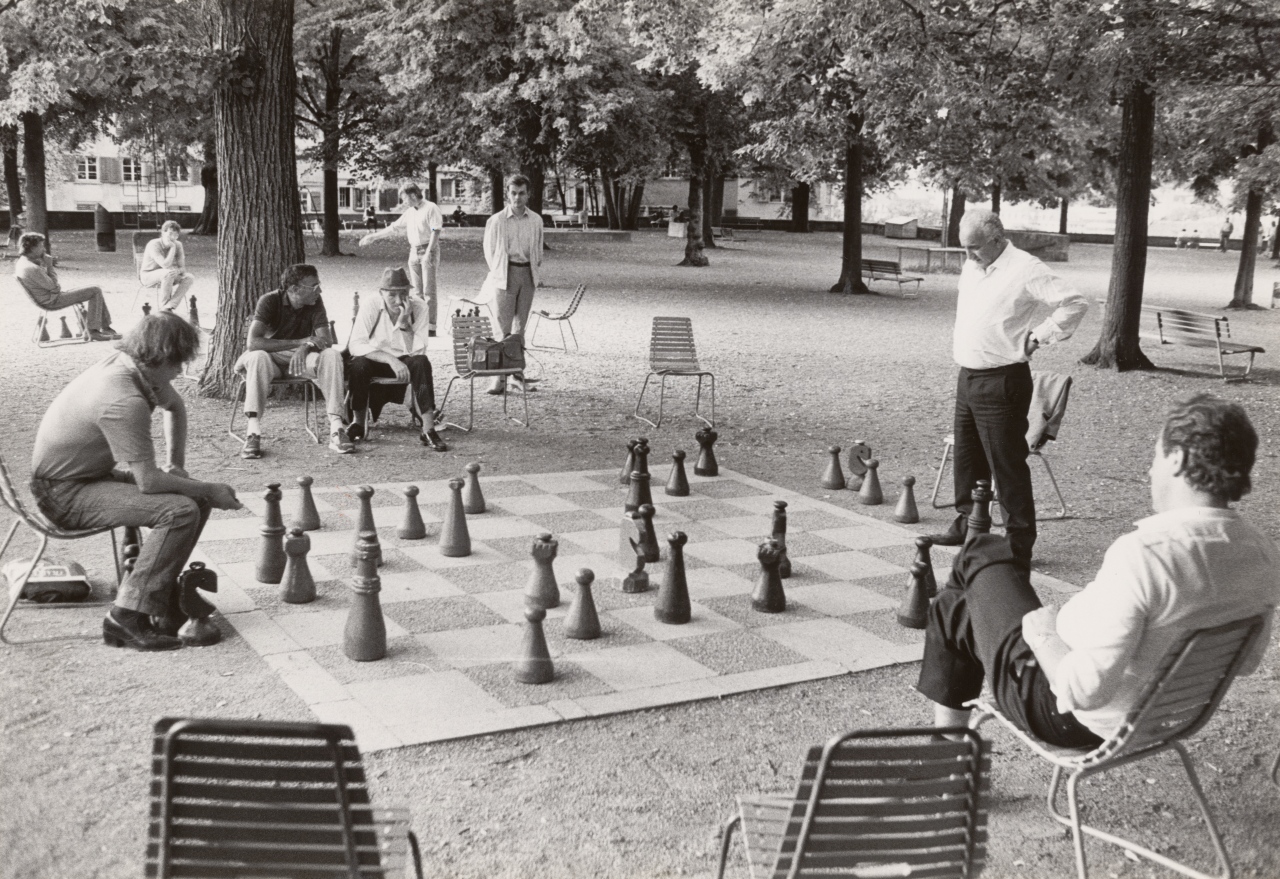 October to November 2019. There is a long tradition of chess playing in Zurich. Did you know that the city is home to the world’s oldest chess club or that the ZB holds the “Helvetic Chess Library”, one of the oldest freely accessible libraries of its kind in Switzerland? And have you ever heard of a correspondence chess centre?

Until the end of November 2019 the ZürichFenster in the Turicensia Lounge presents information, books and images that offer an insight into the fascinating world of chess. Come and “check” it out!

If you are interested in learning more, you will find plenty of literature on the Zurich chess scene at the Zentralbibliothek.

April to June 2019. The canton of Zurich has more viewing towers than any other canton in Switzerland. They are a popular destination for excursions in spring. In addition to facts and stories about the spectacular towers on the touchscreen, our Turicensia Lounge contains a small selection of walking guides to the Zurich region. We hope you enjoy our wonderful panoramas of Zurich. For more on this topic see the Zurich Bibliography.

Cultural life in Zurich in 1918 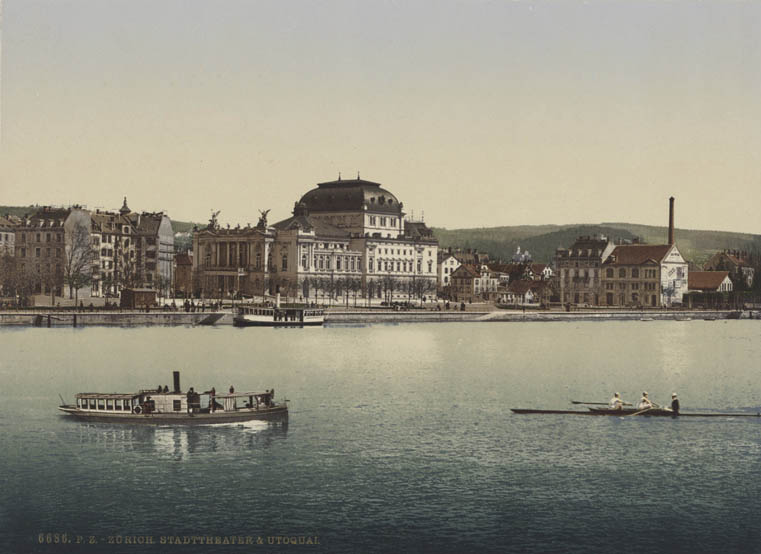 December 2018 to April 2019. Zurich’s city theatre, known since 1964 as the opera house, is also affected by events at the end of the First World War. To find out what happened, see our latest ZürichFenster in the Turicensia Lounge accompanying the exhibition “Strike, flu, Dada – Zurich in 1918”.