A remarkable collection of texts and images offers a real sense of events in Zurich at the end of the First World War. 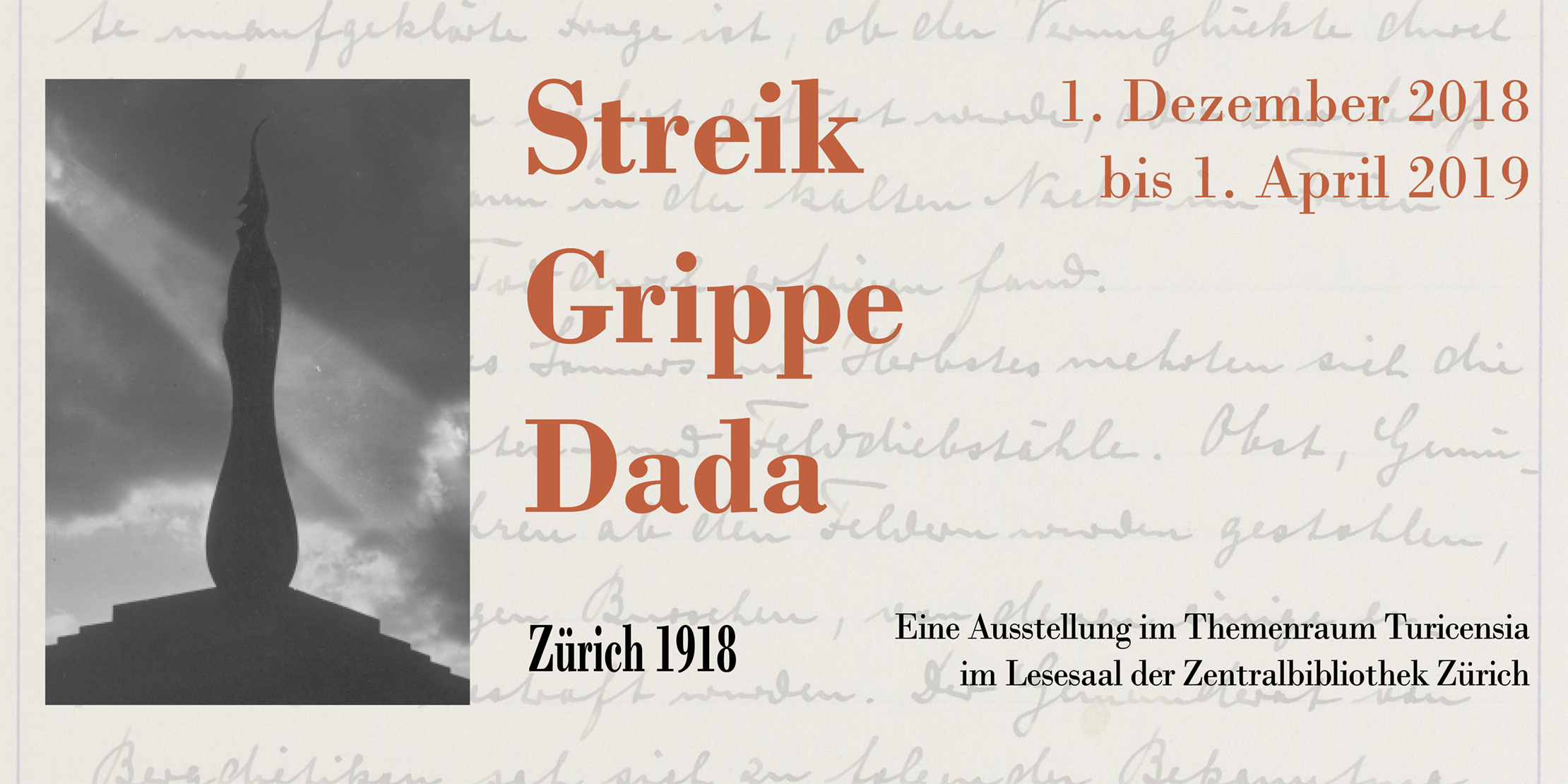 Four years of war lead to many changes for the people of Zurich, with radical upheavals in the economy, politics, society and culture. The effects of the conflict include inflation, food rationing, unemployment and growing impoverishment of the labour force – social tensions that, in November 1918, explode into the general strike. The outbreak of Spanish flu further exacerbates the emergency. In the cultural sphere, meanwhile, Zurich is becoming a place of international exchange, creating fertile ground for new artistic and literary movements. The best-known of these is Dada.