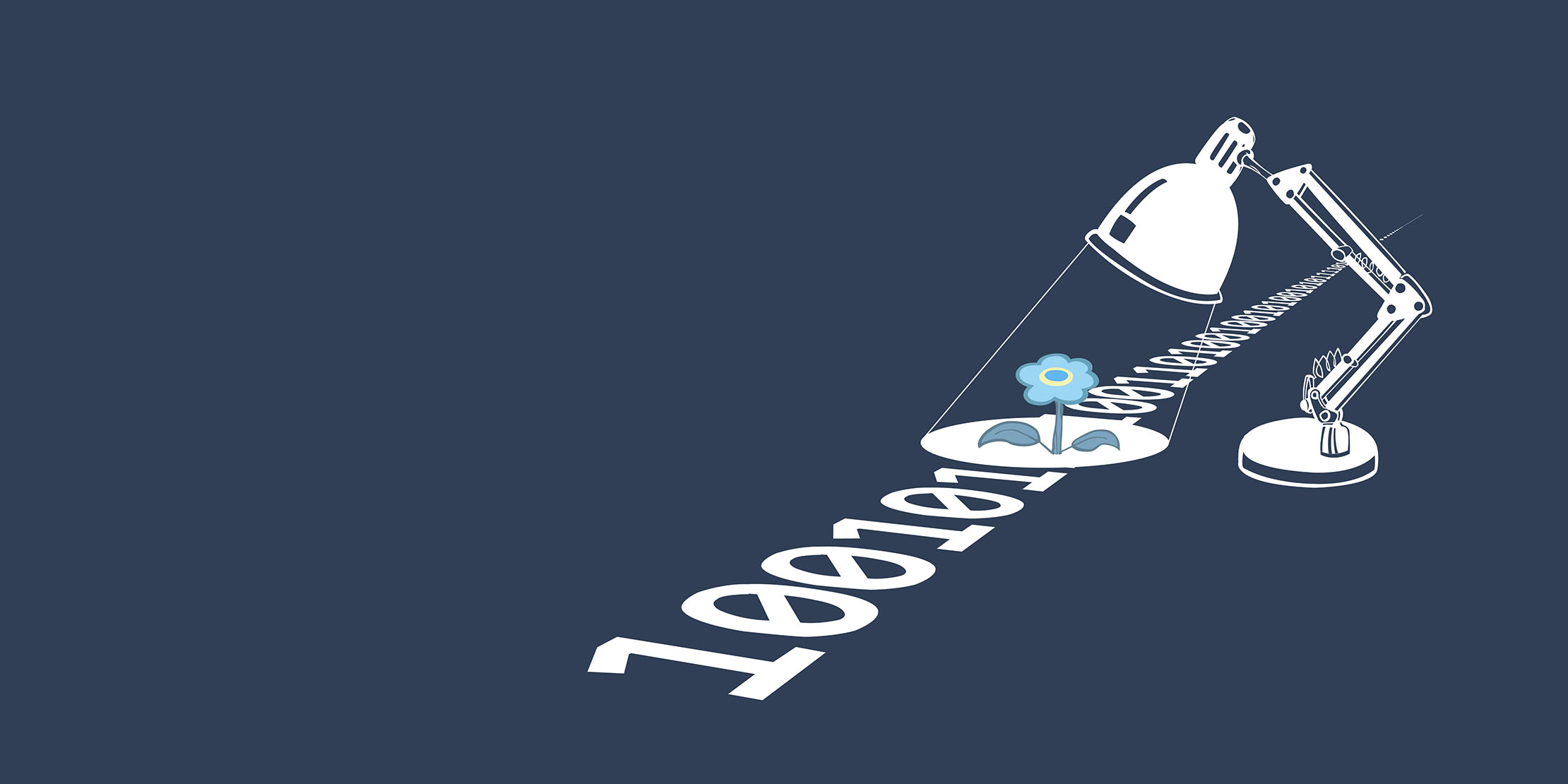 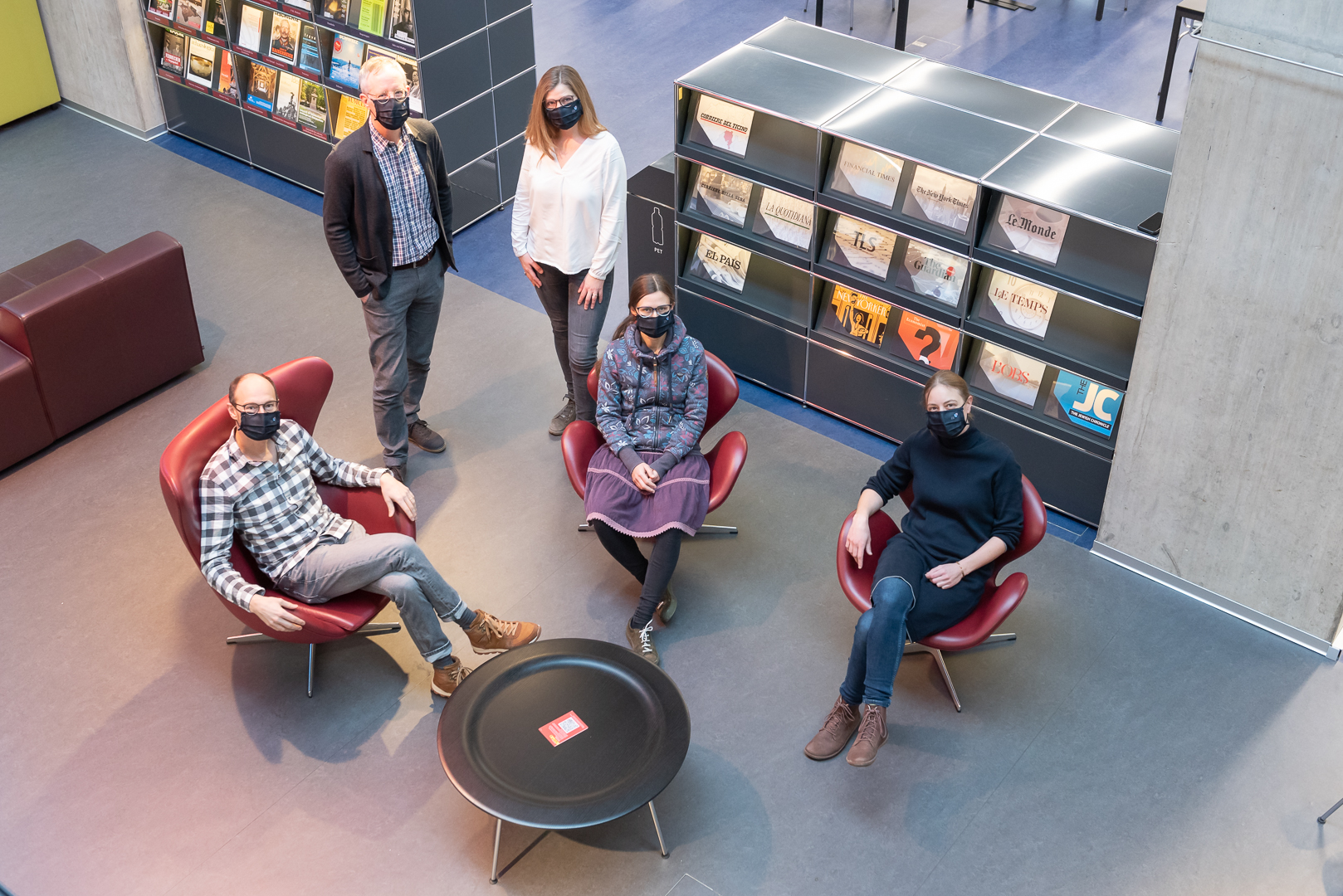 We take an experimental approach to the development of service solutions, and address both the potential of our digital assets and the needs of our user groups. We actively support open science and advocate an open library infrastructure.

ZB’s digital infrastructure has grown over time and includes numerous data repositories. Searching, finding and scraping often-dispersed digital inventories can be very time-consuming for researchers in the digital humanities. We have created a prototypical index (One API) that brings together persistent identifiers of ZB’s digital resources (metadata, full texts and digital copies). We are also experimenting with making the aggregated data searchable and downloadable, which will eliminate the need for researchers to scrape it themselves.

One API followed extensive preparatory work, which included documenting our data, data repositories, interfaces and data flows. Researchers in the digital humanities are already able to use the resulting Data Map, which was created by developer Annabelle Wiegart. 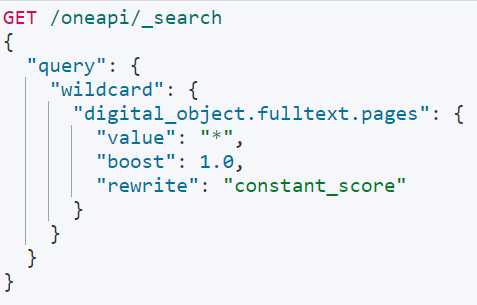 With the help of the International Image Interoperability Framework (IIIF), we are keen to give researchers in the humanities the opportunity to collect digital copies worldwide, save them as an IIIF Collection, share them using persistent identifiers (URLs) and make them citable. This requires two tools: ZB detektIIIF and the ZB viewer (Mirador Viewer).

Our ZB viewer will be supplemented by a feature that will allow users to open, compare and analyse any number of digital copies from e-manuscripta side by side. This feature can be found in the title view of the work, under ‘IIIF’. Add digital copies to the ZB viewer by clicking on ‘Mirador Viewer’.

Our IIIF tools can be accessed via this link.

ZB data in the wikiverse

This ongoing initiative, launched by the ZB Lab, consists of various projects in which we and colleagues from other ZB departments seek to make our collections accessible on Wikipedia and other wiki platforms.

‘Upload Sammlung Steinfels’ is a larger project that is already complete. In this case, the aim was to make 1,916 18th-century Swiss landscape paintings from the ZB’s Graphic Collection available on Wikimedia Commons. The mass upload tool Pattypan was used as part of this cross-departmental project. Further uploads are planned.

Another project involved transfer of the biographies and catalogues of works of musicians from ZB to Wikipedia to make them publicly visible. And in yet another project, we used QR codes (QRpedia) to link to Wikipedia articles as a way of expanding the contextual perspective on ZB exhibits in one of our Treasury exhibitions. 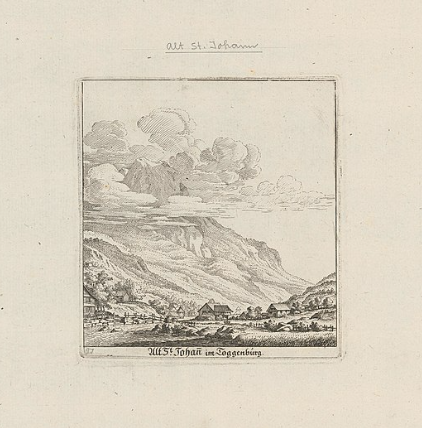 At the ZB Lab, we are developing experimental digital applications for researchers in the humanities and social sciences, and for interested members of the public. We hope that our prototypes will make it easier to work digitally with ZB data and also contribute towards open science.

Our user-centric approach is actively aimed at exchange with the research community. The feedback we receive allows us to steadily improve and evaluate our projects.

In addition to the digital humanities and citizen science, we are interested in linked open data, the wikiverse, machine learning, virtual and augmented reality and IIIF (International Image Interoperability Framework).

To make it easier to start working with the International Image Interoperability Framework (IIIF), we created a series of video tutorials in our very first ZB Lab project in winter 2020/21. These range from basic IIIF functions and the cross-platform search for digital copies to knowledge bases for creating individual IIIF manifests. The tutorials are aimed primarily at researchers in the humanities who work with digital copies. Other tutorials are being planned.

It is very important to us that researchers can make good use of our digitised works, so we are committed to bringing new digital research methods to the people. At our two-day summer school (29–30 June 2022), the attendees learned the basics of text and data mining. Professor Berenike Herrmann’s research group (Bielefeld) quickly familiarised us with R! software and showed us how questions can be posed and modelled on a corpus of German-Swiss literature. The two-day event was extremely inspiring.

The course materials are openly accessible and the lectures can be viewed on YouTube: 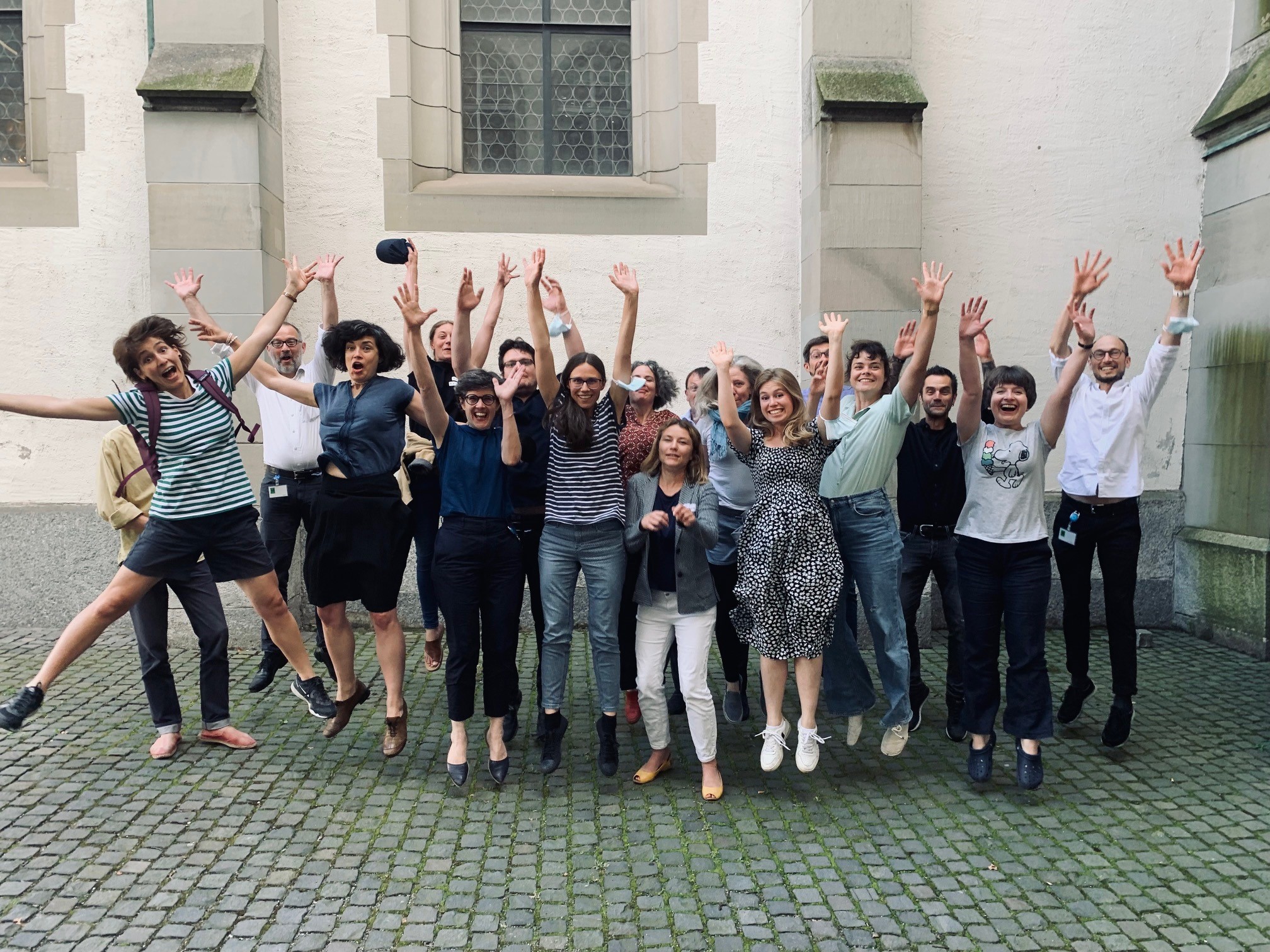 In conversation with researchers

We conducted in-depth interviews with young researchers in the humanities and digital humanities at the University of Zurich to learn about the challenges they encounter when dealing with ZB’s digital infrastructure, inventory and services, and how their working methods have changed against the backdrop of digital transformation. The knowledge gained should serve as a basis for new and optimised ZB research services. 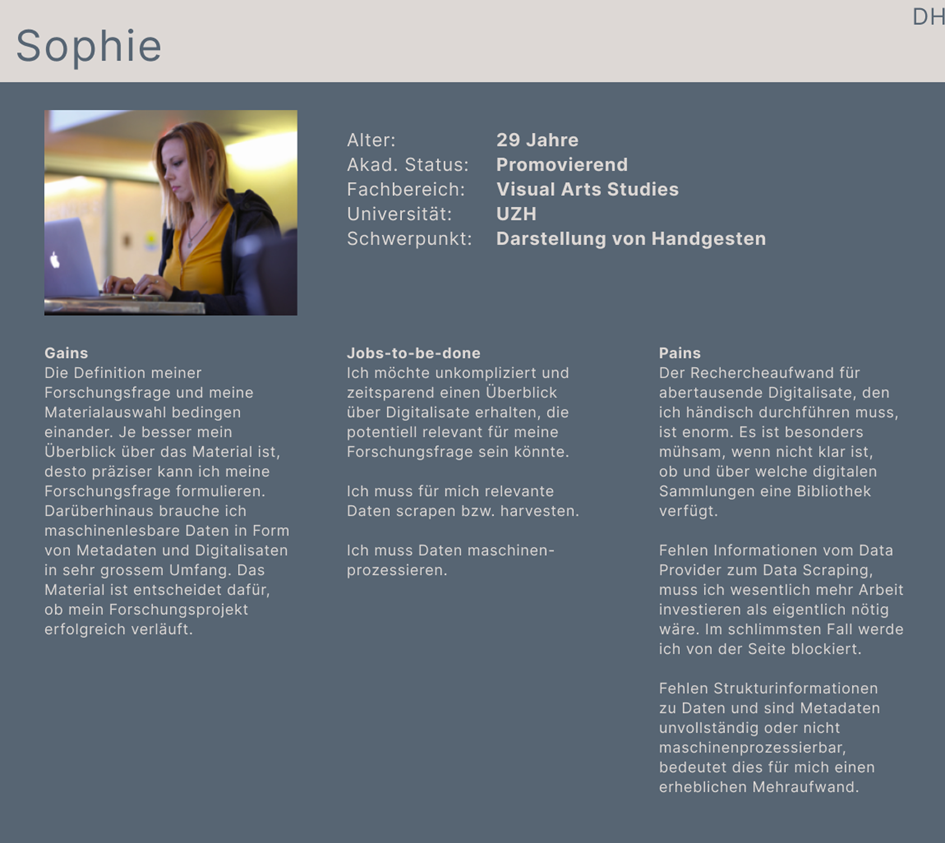 At the virtual Digital Humanities Conference (vDHd2021), the ZB Lab held the Open ZB Lab workshop to explore the requirements of DH researchers. We gained a lot of insights and were able to explore the topics identified in the workshop in greater depth in our interviews with researchers.

We made two contributions to the annual IIIF Annual Conference 2022 (6–8 June 2022). In the lecture ‘Reaching out to the Crowds – IIIF as a Scholarly Practice’, we provided insights into the results of usability tests related to our IIIF tools and talked about our interviews with young academics, with a particular emphasis on the research practice of humanities scholars. The lecture is still available to view on YouTube. At the same event, the issue of how to optimise the IIIF image viewer Mirador and adapt it to academic use was discussed in the ‘Mirador as a Workspace’ workshop together with the IIIF community.

Our IIIF initiatives are aimed at encouraging humanities scholars to integrate IIIF into their research practice. Open-access resources and open-source tools, such as ZB-detektIIIF, pave the way for the sustainable handling of research data. We presented our vision at the Open Science Conference and in a more subject-specific format at the Swiss Congress for Art History on 23 June 2022. The ZB Lab was involved in the seventh Swiss Open Cultural Data Hackathon on 16–17 April 2021. The GLAMhacks aim to design a digital solution in a short time, based on a specific task.

Get involved with the ZB Lab!

We would like to make direct contact with researchers in order to include them in our development and collect their feedback and requirements. Are you a researcher in the digital humanities or a humanities scholar? Support your community by supporting us. Be a part of our development:

We are participating in the establishment of the Centre of Digital Editions & Edition Analytics (ZDE) and are working on the dissemination of digital skills in conjunction with the Digital Library Space (DLS) and the Digital History Lab (DHS) at the University of Zurich.