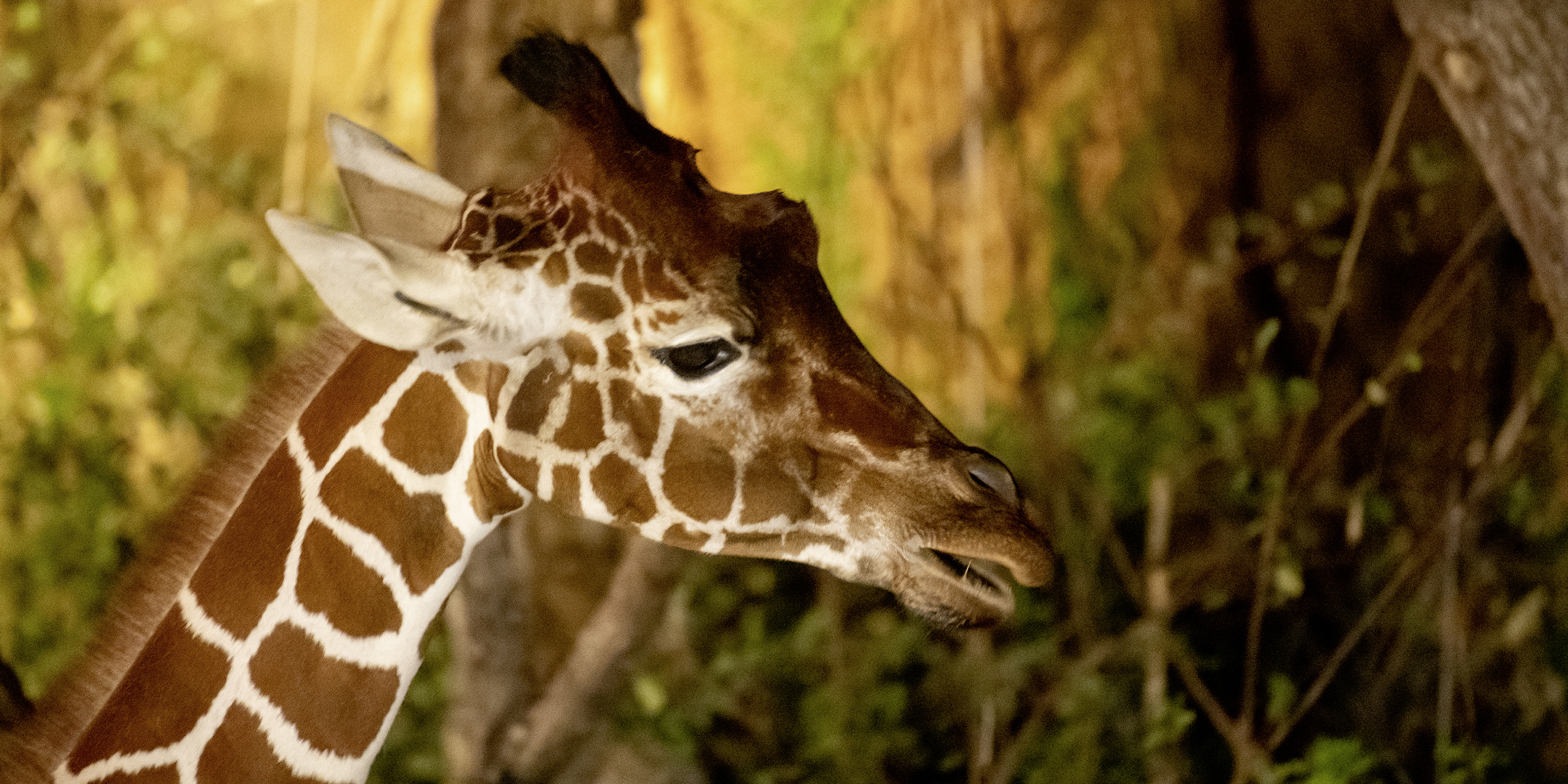 «I had a farm in Africa…»
As I stared down at the Lewa Savanna in Zurich Zoo from my observation point on a small elevation, that sentence immediately came to mind. My son and I had joined a night walk through the impressive savanna enclosure and were enjoying our first camping adventure.

A piece of Africa on the Zürichberg 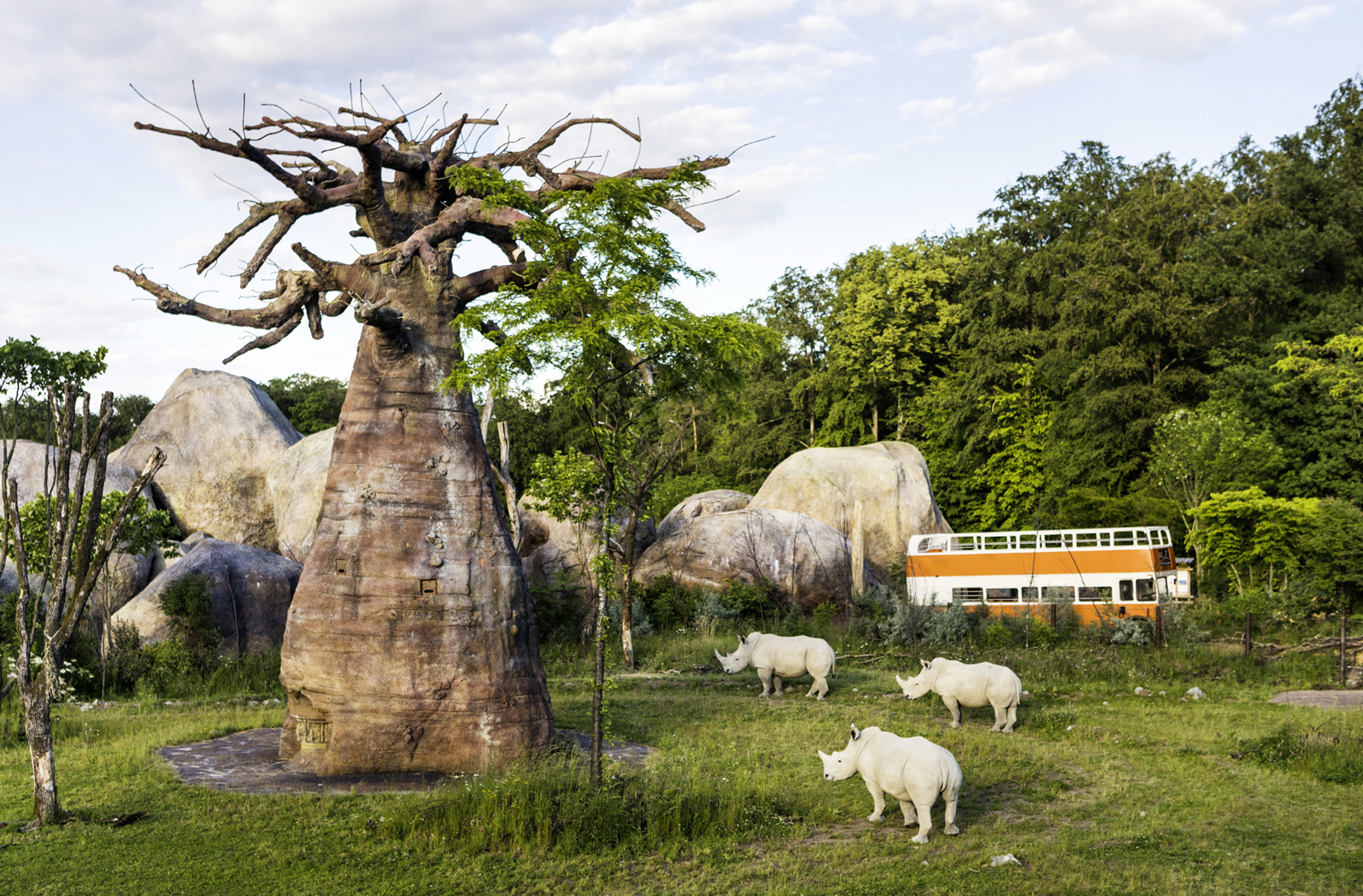 I almost expected Robert Redford to come striding across the plain. I couldn’t help falling in love with this small patch of Africa and its 15 animal species. After all, where else can you find a place that looks just like Africa right on your doorstep and experience the local habitat at first hand?

With its three predominant animal species – the white rhino, reticulated giraffe and Grevy’s zebra – it’s just like being on a real safari. The Lewa Savanna is also home to mischievous meerkats and their irresistibly cute babies, who live in their own protected enclosure.

Meeting at the tiger fountain

Our adventure began at six o’clock in the evening at the tiger fountain by the zoo’s main entrance. Our guide Kaspar Spörri began by showing our group of 20 the camp where we would spend the night. The tents stood above the Lewa enclosure and were equipped with camp beds, chairs and a lamp. In the field behind stood a small aircraft painted in a stripy pattern, blending atmospherically into the surroundings. 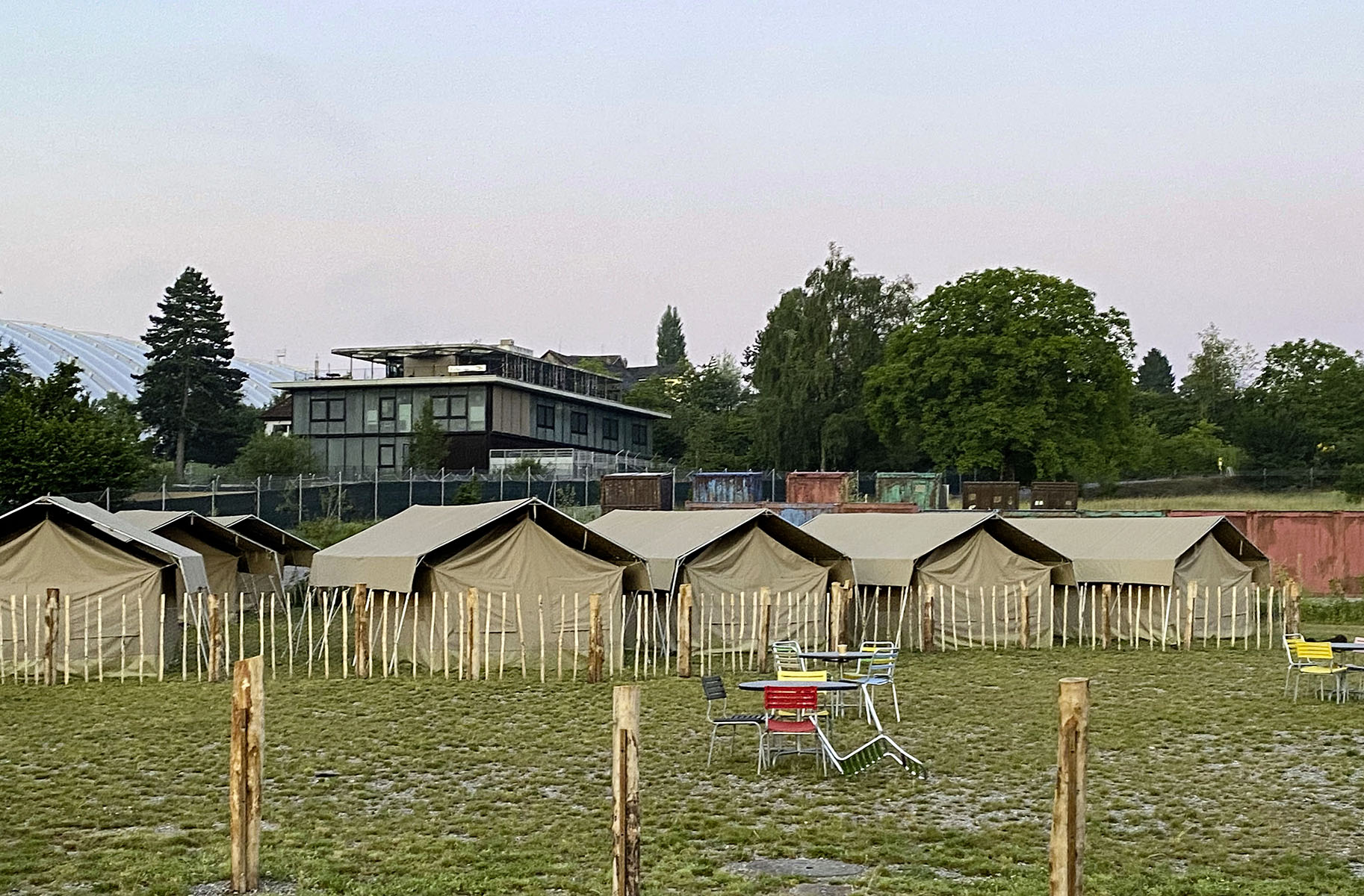 Once at the savanna, we listened to an interesting talk aimed at both adults and children, and visited the giraffe house. Then the kids were given the task of making bird food for the grey parrots. My son really got into it, as the marks on his T-shirt and trousers showed.

Spending the night with hyenas and porcupines 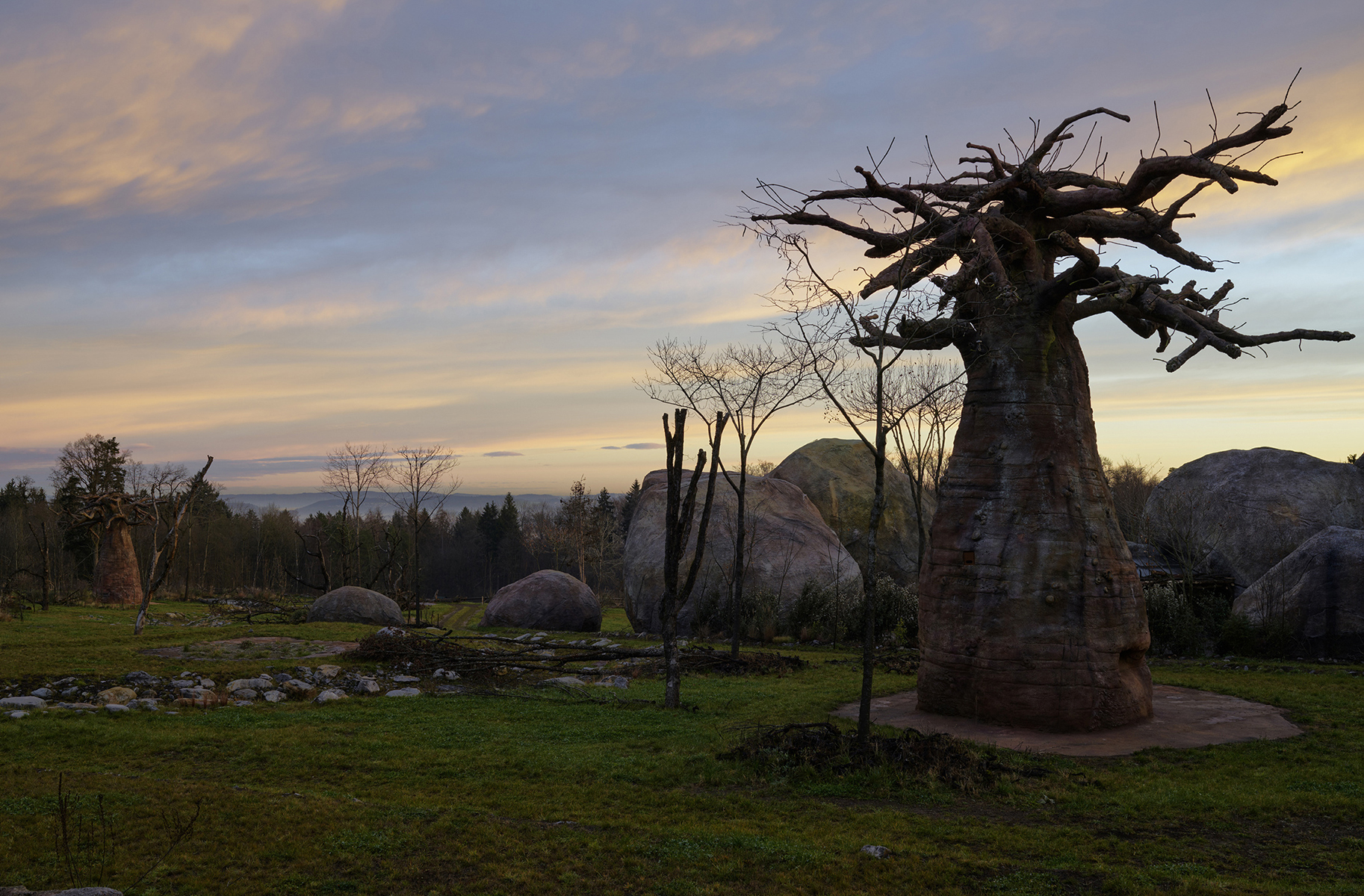 Later that evening, with dusk already falling, we tucked into a small buffet and food from the barbecue, looking out directly over the Lewa Savanna. Once again, Robert Redford failed to appear, though it seemed to me I could sense his presence now and again. The atmosphere of Out of Africa was omnipresent.

After dinner beneath the stars, the night walk proper began. First there was a puzzle for the children, and then we set off towards the bus. It stands next to the Lewa and offers better views and new perspectives for those who climb the stairs to the upper deck.

By now it was very dark, and the big rocks that loomed over us seemed more than a little menacing. Once our eyes had become accustomed to the dearth of light, we could easily make out the porcupine. The hyenas were much better at hiding; though the hare in one of the two animals’ mouths was not. 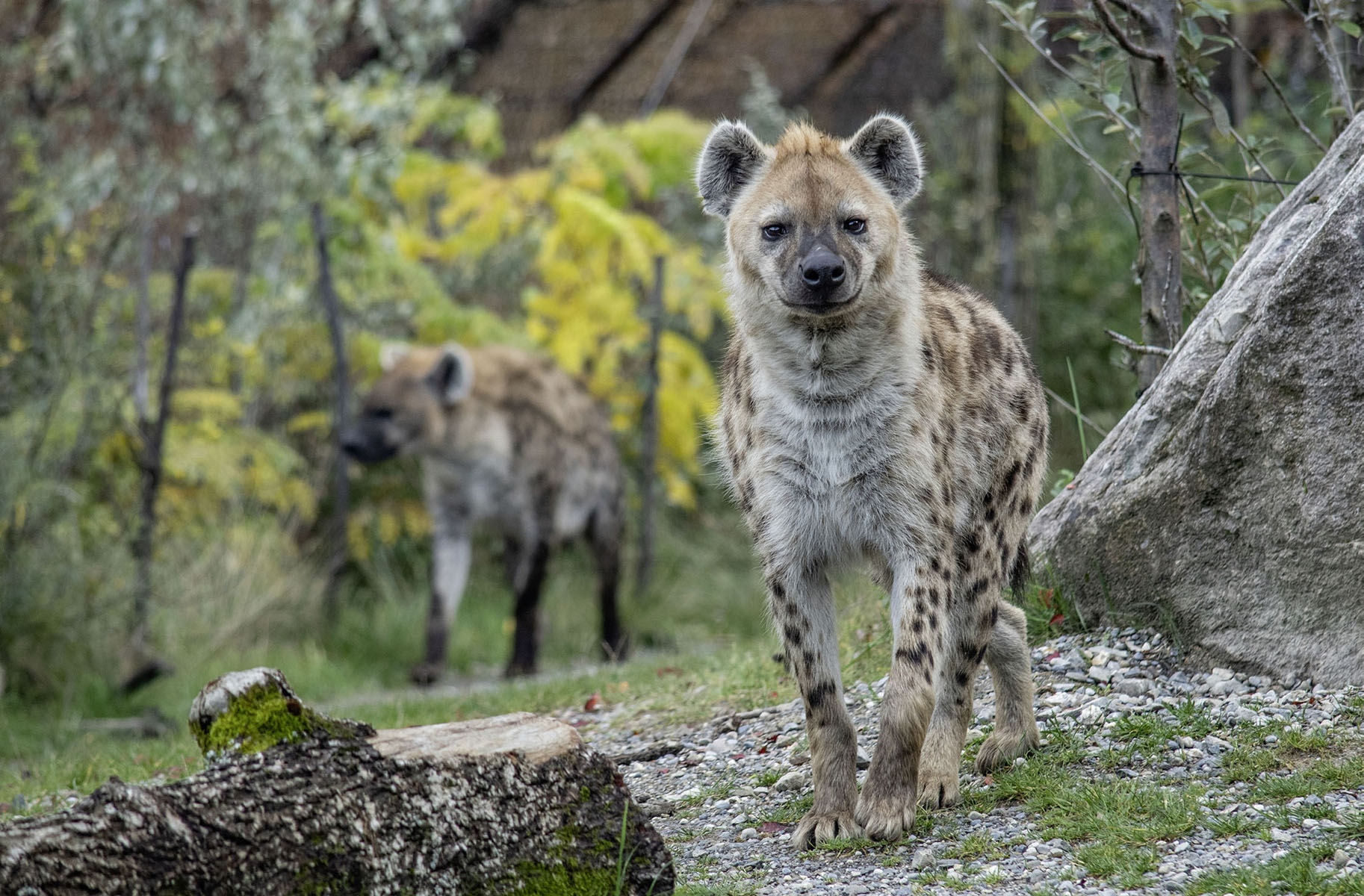 Shortly before 11, we carried or dragged the children reluctantly up the tents, dead tired but happy.

One of the older girls talked about camp fires and marshmallows. Zoo guide Kaspar asked the parents’ permission and soon enough, the children who were still awake were seated around a fire in the middle of the tents. My son, who only a few moments before had wanted nothing more than bed, hauled his chair out of the tent so fast that he and it went head over heels.

Bathed in the light from the campfire, I mused on our experience. During our walk to the hyenas, Kaspar had told me about his time in Tanzania, when he slept in a tent out in the open and listened to the lions close by. His description of the atmosphere left a deep impression on me, and I couldn’t stop thinking about it.

When we retreated to our tents at around midnight and everything finally fell quiet, I hoped that sleep would come quickly. My son asked me for the game of UNO I’d promised him, but dozed off while we were playing.

Before I wake up…

The night was distinctly uncomfortable. It started raining, and I felt terribly cold. I could hear every slight sound. The zoo’s hyenas are obviously great nocturnal conversationalists. Now and again the lion, whose enclosure is some way further up the Zürichberg, would answer back. After some time I knew exactly how many folds the tent had: 112. A light cast a heart-shaped shadow on the side of the tent, and sometimes the silhouette of a bug. I looked at my mobile phone for the last time at 3.34 a.m., and my son woke me at 4.49. 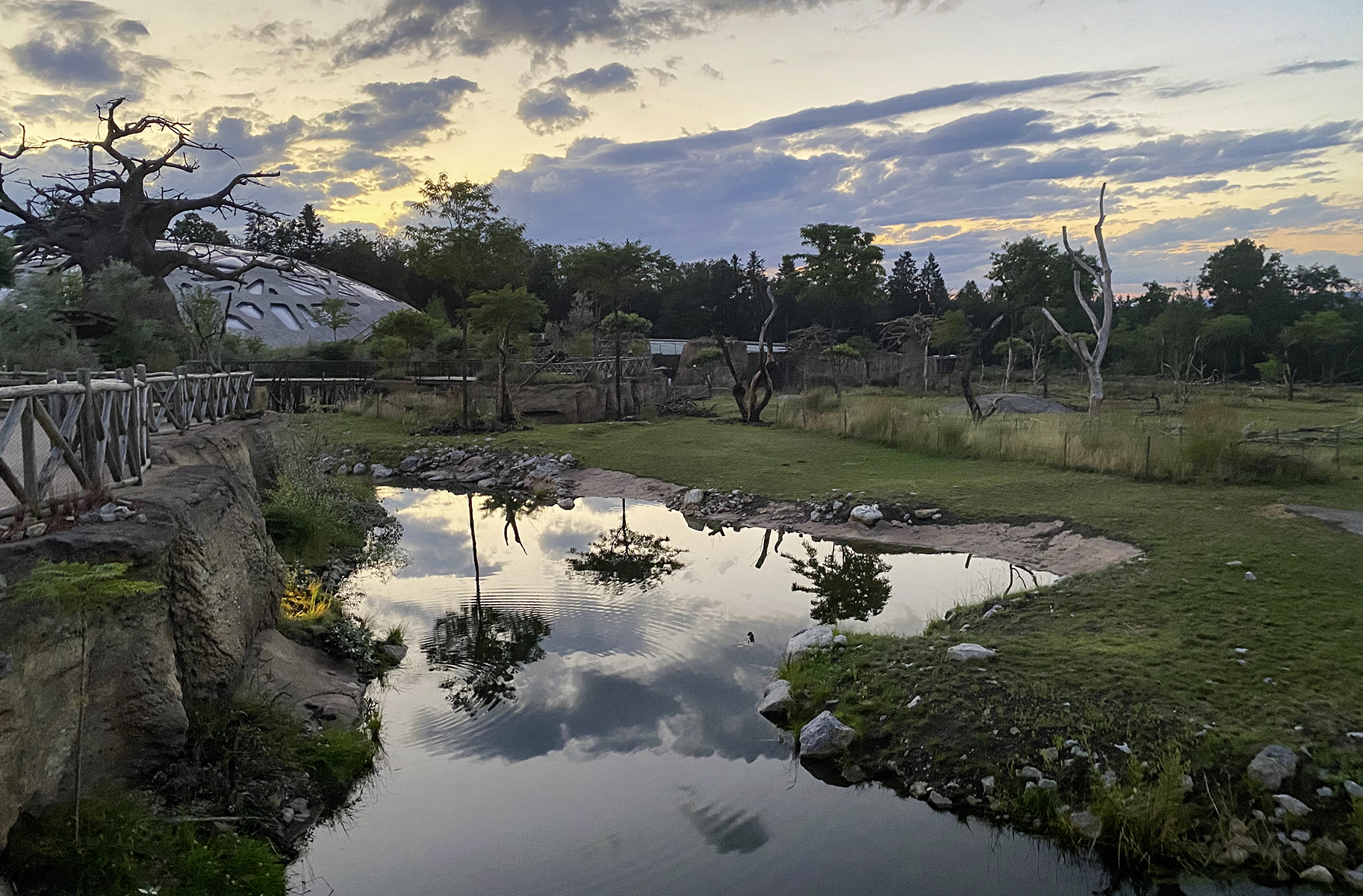 To avoid waking the others, we left the tented camp at sunrise and went directly to the Lewa Savanna. At the waterhole, my first steps of the day were met by the first rays of the sun. I was exhausted, but the unreal beauty of the moment made up for the shortness of the night.

And so we woke up together with the animals, in deepest Africa...

Highlights of the zoo’s history 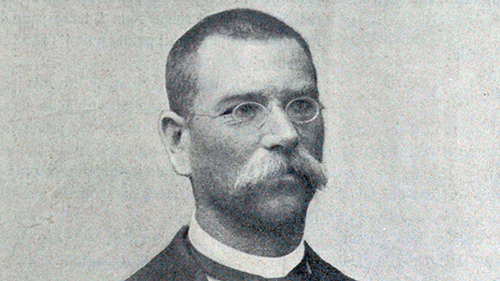 As a gesture of thanks for his education at the ETH Zurich, Alfred Ilg (1854–1916) donates two lions to the city of Zurich. This later leads to the setting up of Zurich Zoo. The engineer is one of the most famous expatriate Swiss ever. He worked for many years at the court of Ethiopian Emperor Menelik II. 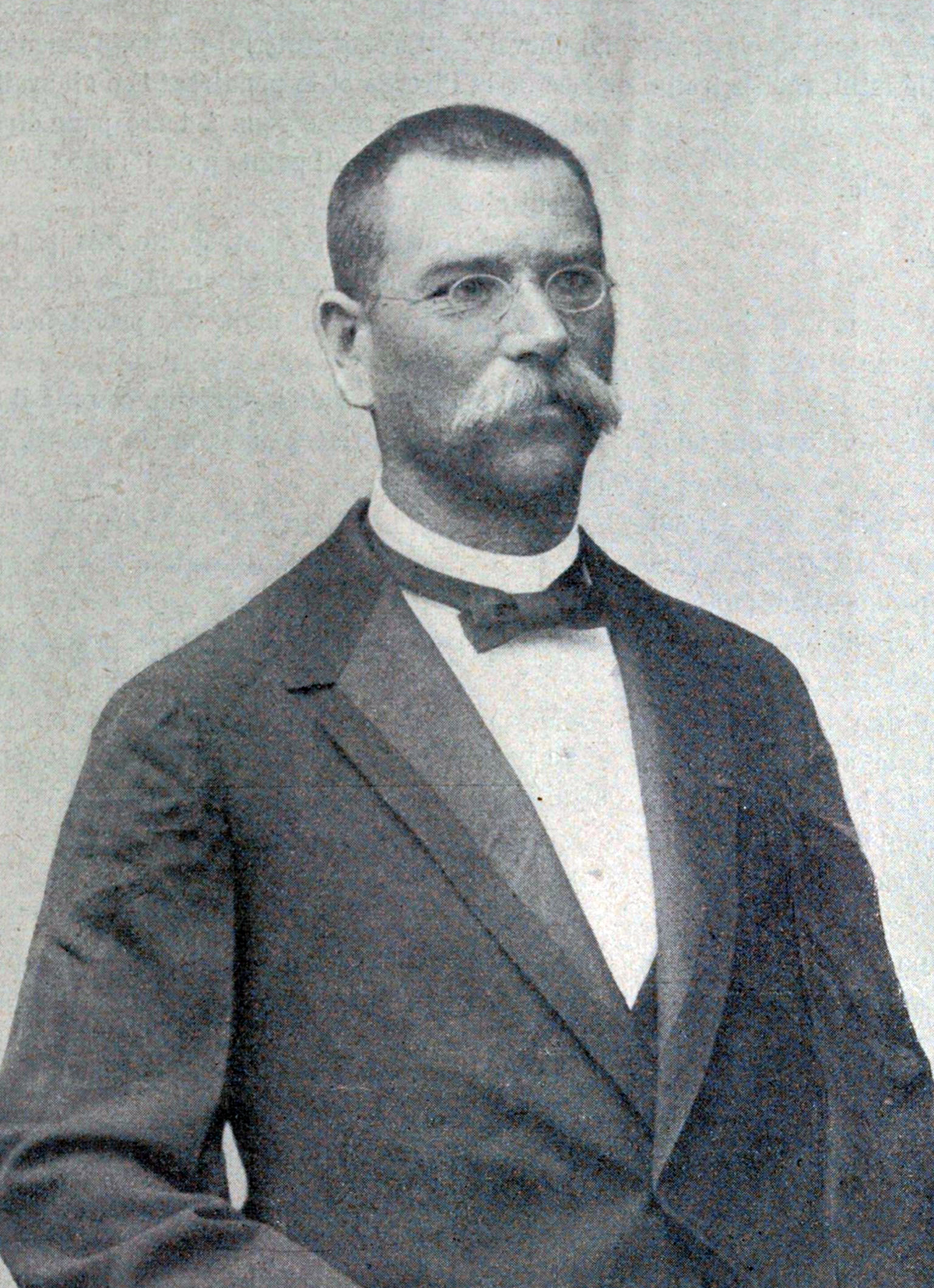 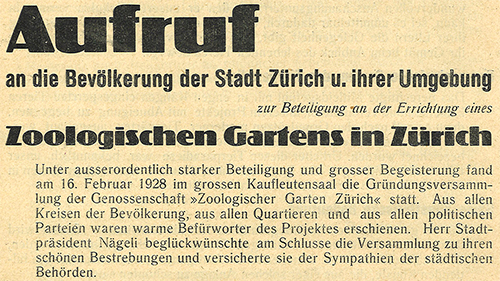 The zoological garden opens in 1929, making Zoo Zurich the third oldest of its kind in Switzerland, after Basel Zoo and the Goldau Nature and Animal Park. 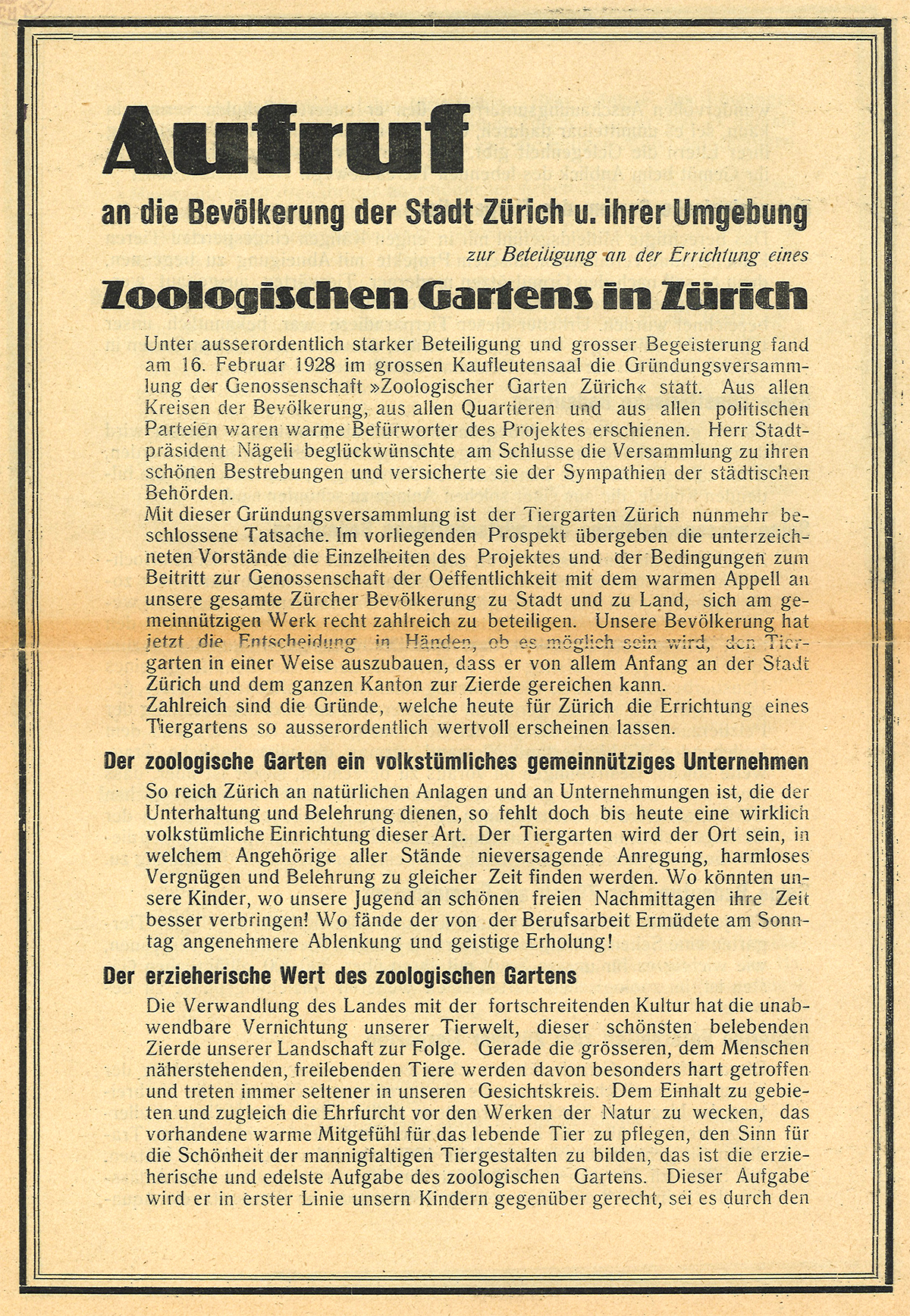 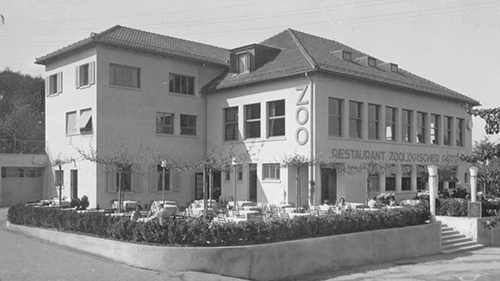 A few years after its successful inauguration, the zoo gains its first restaurant. 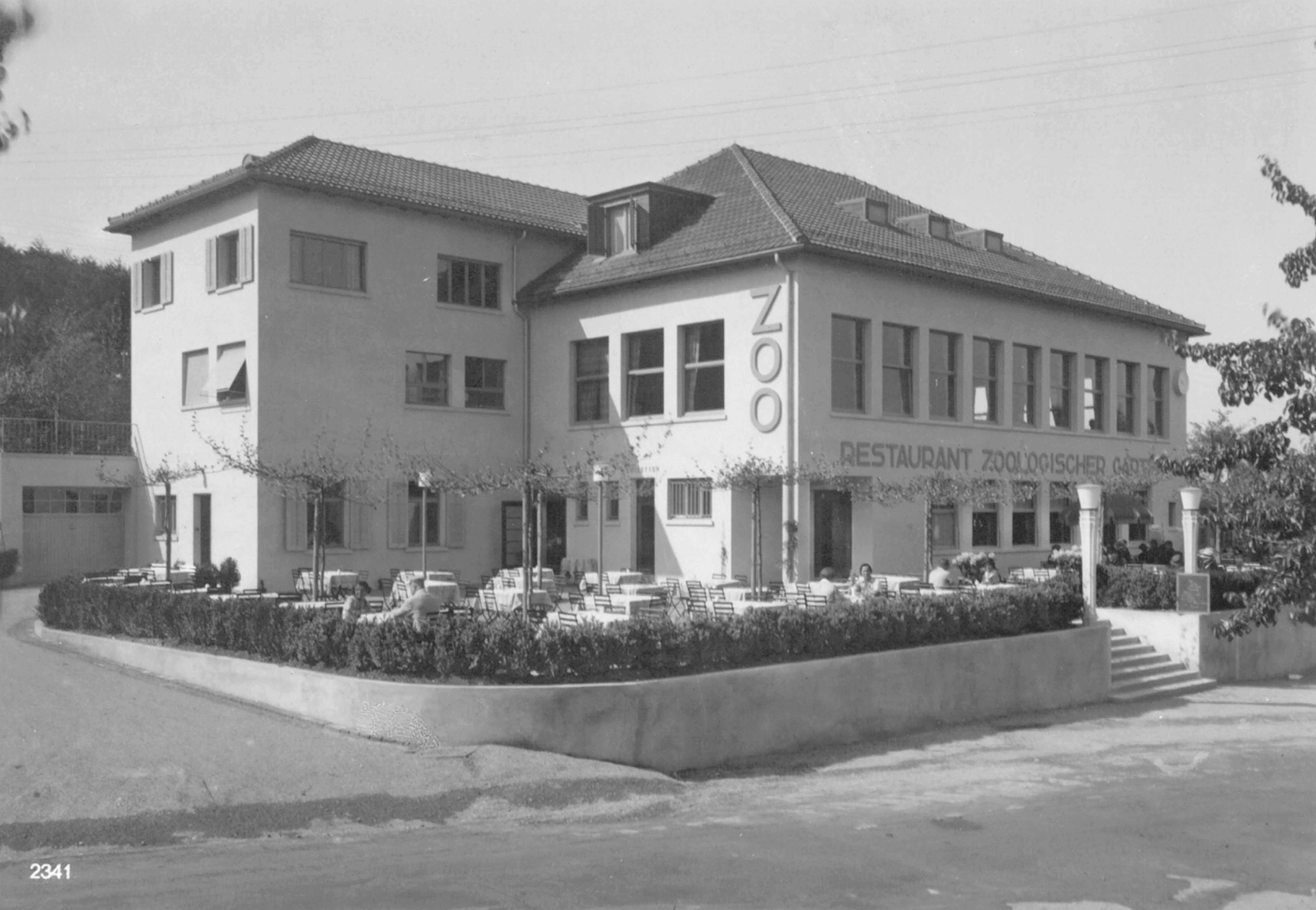 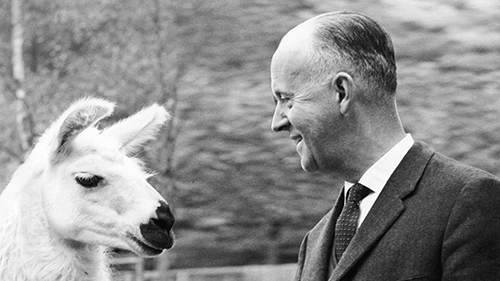 The zoo recruits its first scientist director. Under the leadership of zoologist Heini Hediger, it becomes the first animal park in Europe to put up panels containing four different types of information: the animal’s name, its distribution, a photograph and a short text about the particular features of the species.

Hediger’s panel system proved successful and has since become the norm in many zoos. 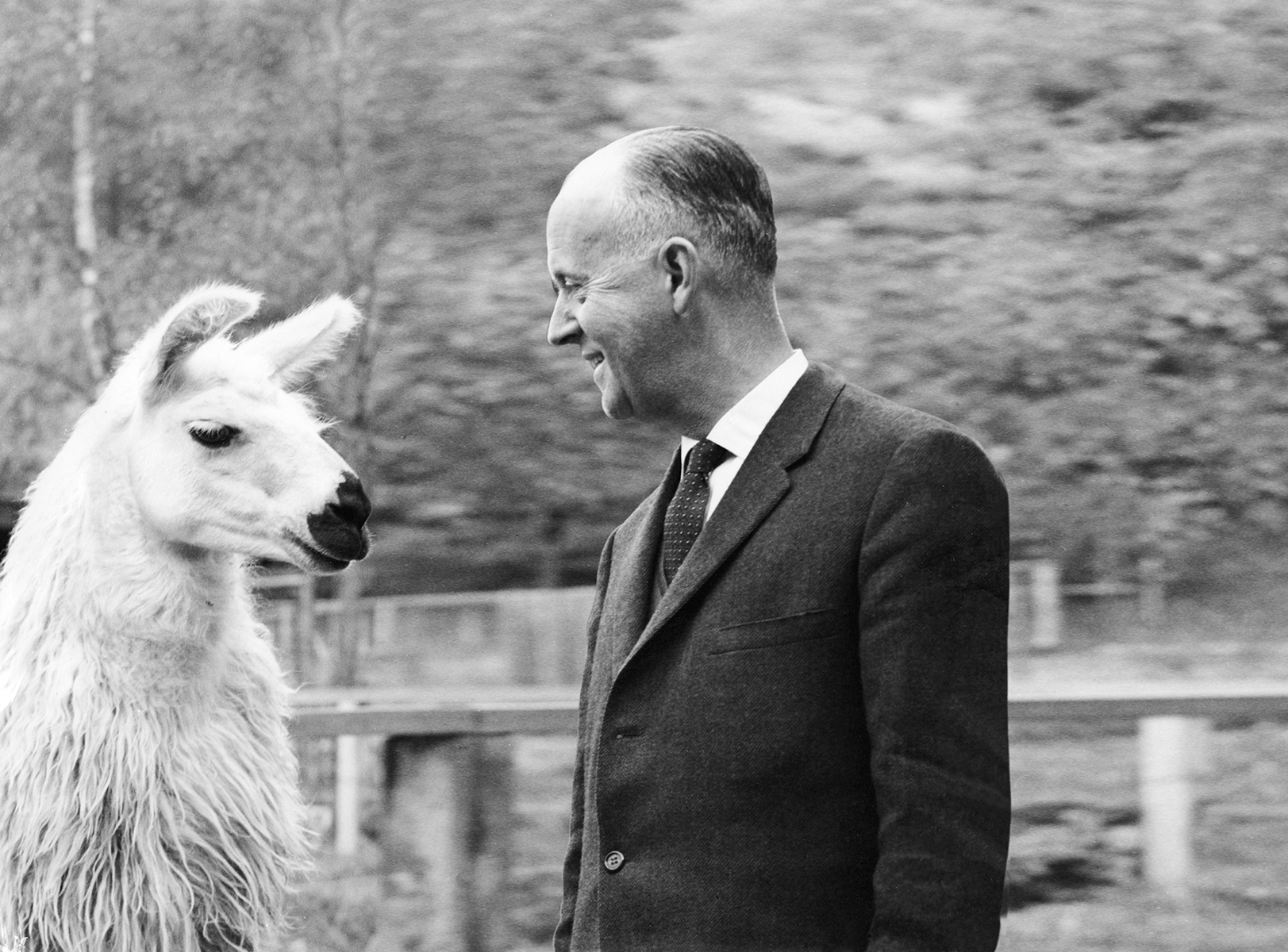 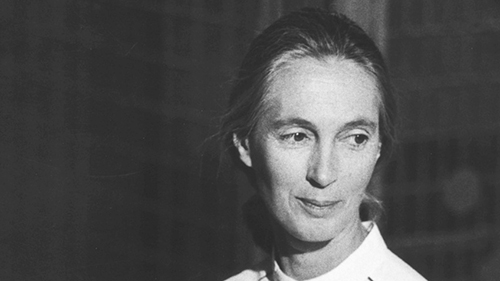 She presents the artificial termite mound that she inspired, for the chimpanzees to put to good use. The first of its kind in Europe, the mound gives the animals something constructive to do. It also creates interesting opportunities for scientists to observe their behaviour. 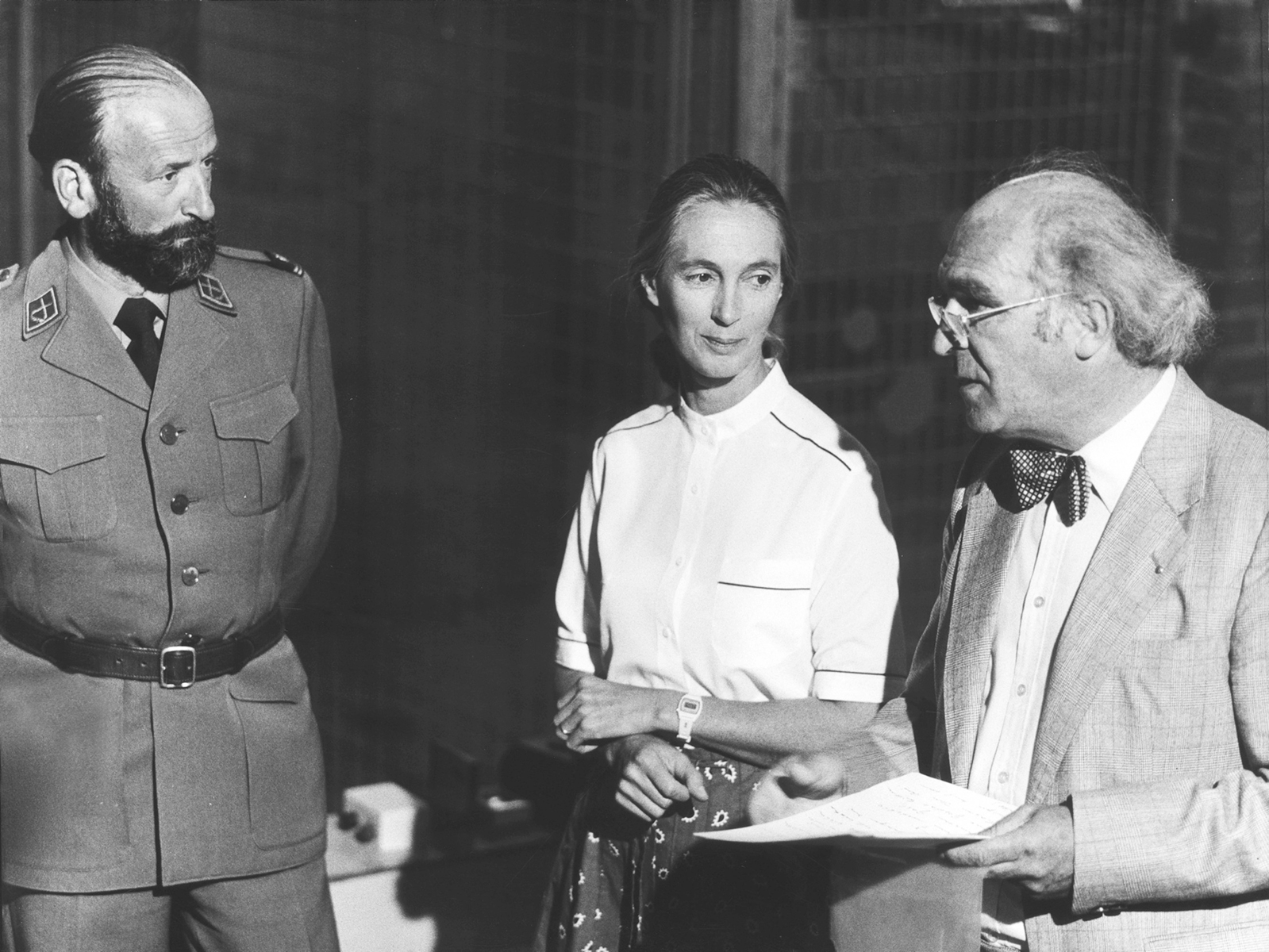 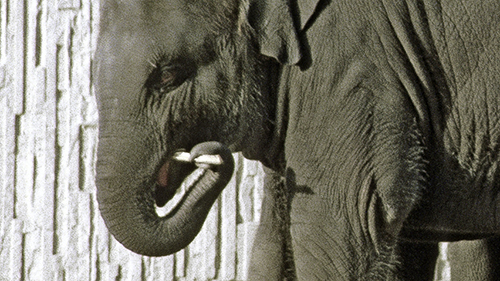 Birth of the first elephant

Bull and cow Maxi and Ceyla-Himali present the zoo with its first baby elephant. The female calf is named Komali and weighs in at an impressive 142 kilograms. 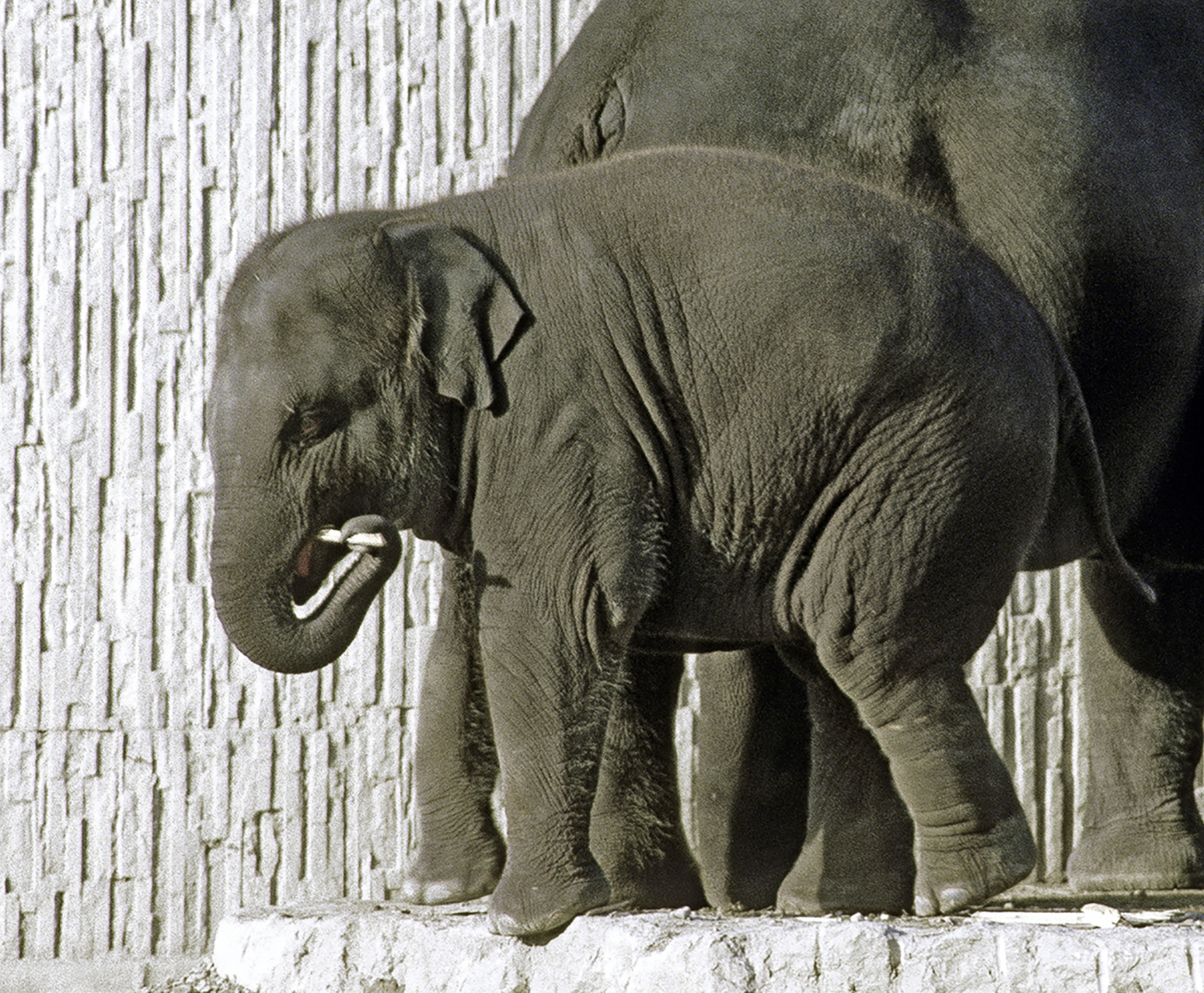 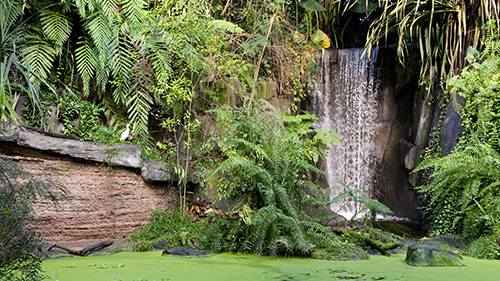 Zoo Zurich opens the Masoala Rainforest building, the first of its kind in the world. It is home to some 17,000 plants and brings tropical heat, colourful chameleons and an imposing waterfall to the Zürichberg. 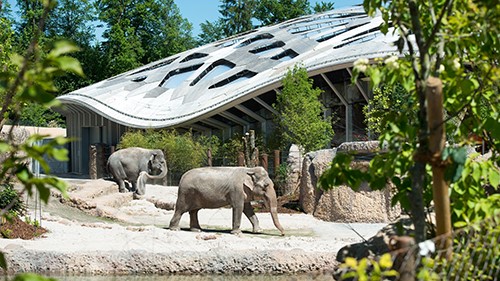 In 2014 the Asian elephants gain a new and larger home more suited to their needs, in the form of the Kaeng Krachan Elephant Park. One particular attraction for visitors is the underwater view. The roof of the indoor enclosure features a striking design, with a curved roof and organic structure. 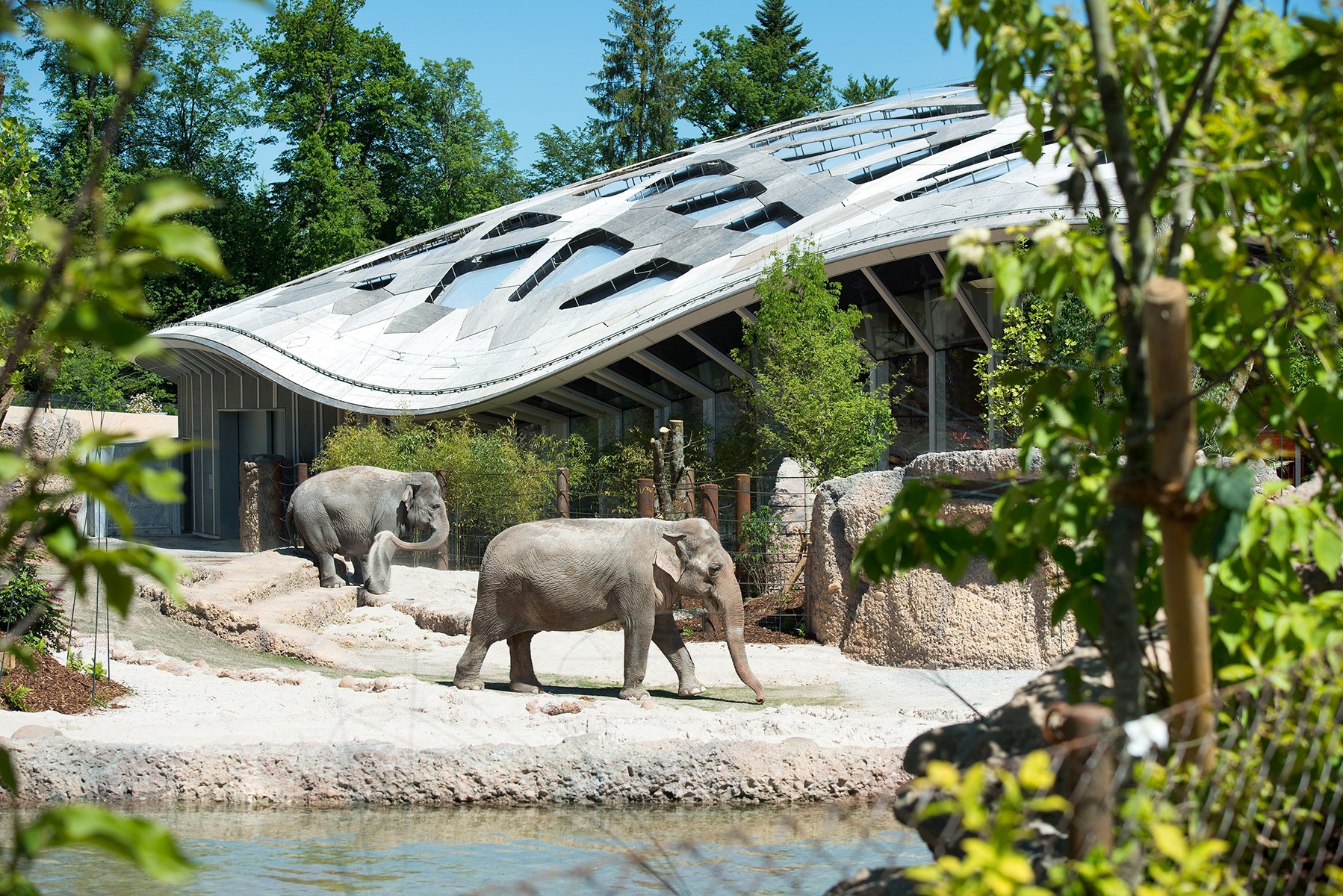 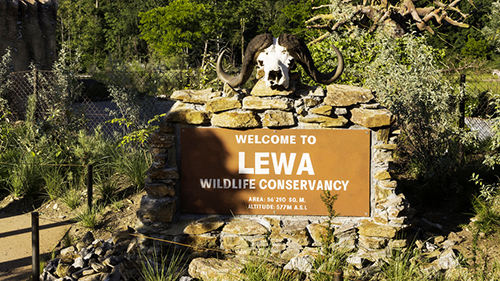 Zoo Zurich inaugurates the Lewa Savanna. Along with the Masoala Rainforest and the Kaeng Krachan Elephant Park, it is one of the major projects forming part of the zoo’s 2020 master plan.

Also in 2020, the zoo’s long-serving director Alex Rübel hands over to Severin Dressen. In its Development Plan 2050, Zoo Zurich also addresses its role in society and as a nature conservation centre. 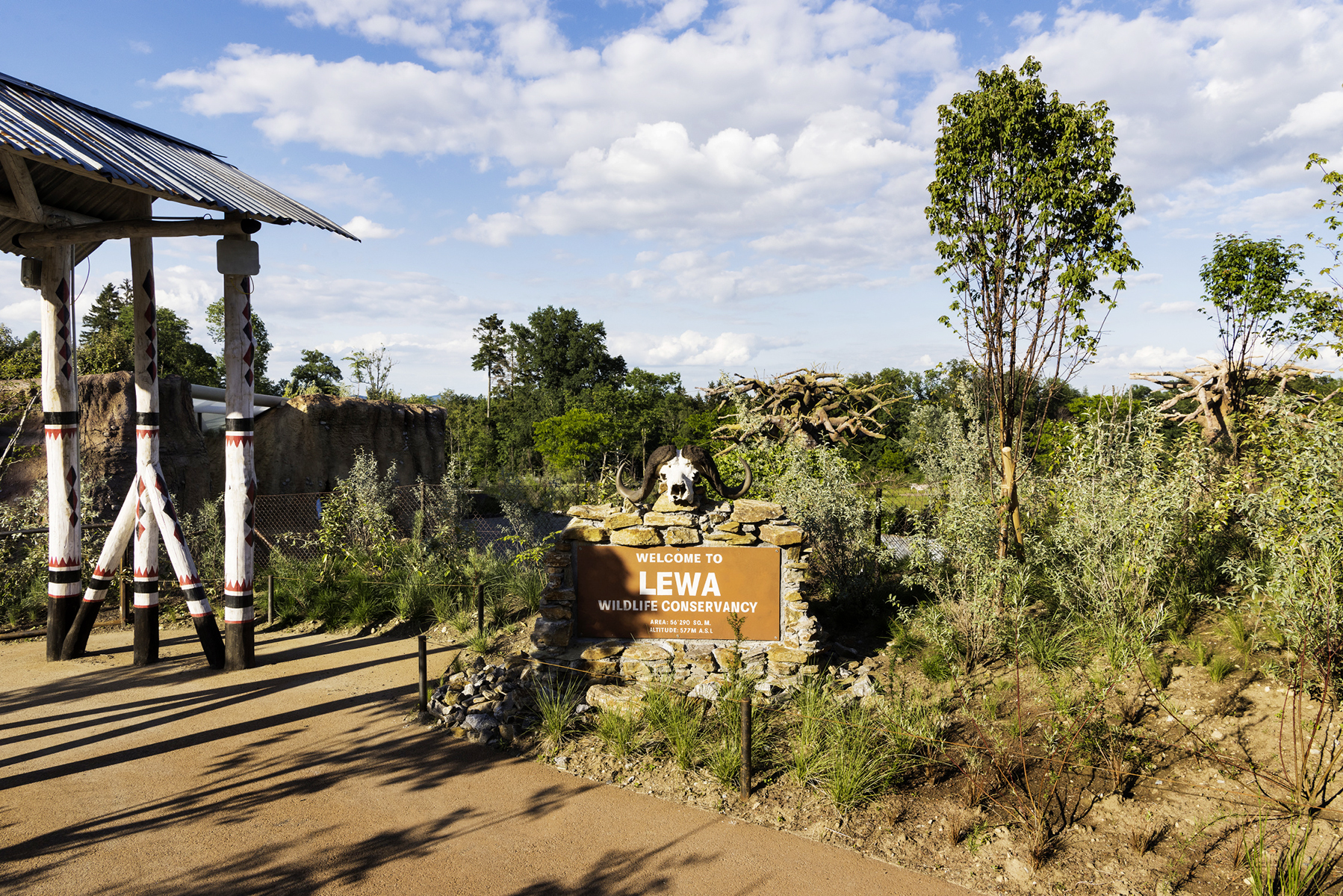