“Getruckt zů Zürich” – book printing and Reformation: from 24 January to 30 April 2019, we mark the anniversary of the Reformation in Zurich by presenting some fascinating exhibits on Christoph Froschauer and Huldrych Zwingli. 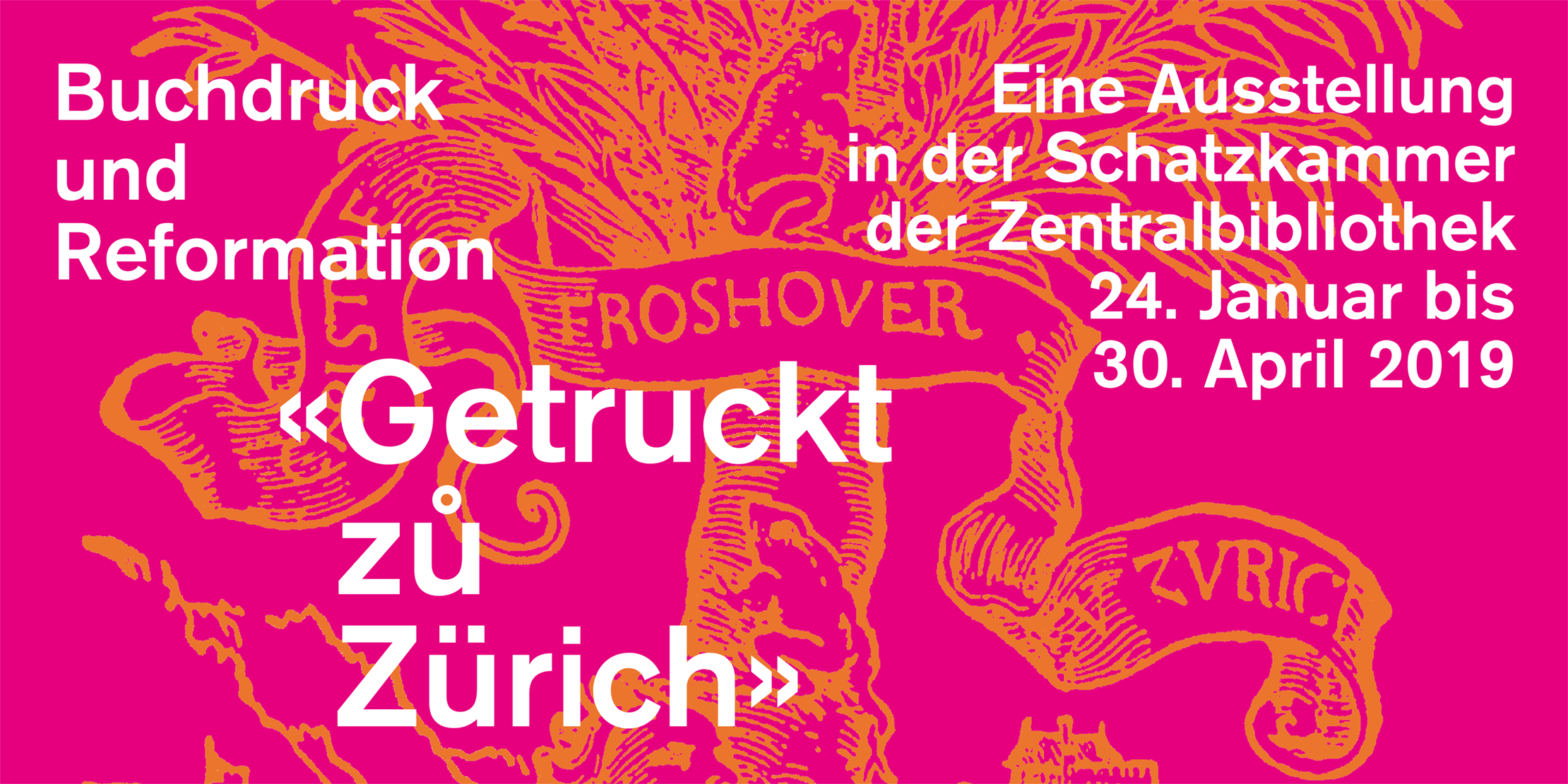 A profitable business for book printers

For book printers in Zurich the Reformation was a valuable business opportunity. With almost 800 works to his name, Christoph Froschauer was one of the leading printers in the German-speaking world. The exhibition highlights Froschauer’s contribution to the international success of Zwingli’s Reformation and reveals how he continued to expand his business after the Reformer’s death. It offers an insight into the range and production volumes of the Froschauer printing works, as well as the rise of censorship and the translation of theological themes into iconography. On display are numerous Reformation books as well as autograph manuscripts by Zwingli and Froschauer, polemical flyers and rare manuscripts such as the Einsiedeln Codex that was used by Zwingli.

500 years of the Reformation in Zurich

The exhibition forms part of the Zurich Reformation anniversary: 500 years ago, Huldrych Zwingli came to Zurich and began preaching the Gospels. His proclamation did more than launch a Reformation of Church and society in the city: he also played a leading role as a Reformer internationally, helping to shape public opinion in other lands as well through his writings and teachings.

A number of institutions are organising exhibitions, events and films to commemorate this turbulent period in Zurich’s history: www.buchundreformation.ch