Join us on a tour of Zurich’s literary landscape. From the Hottingen literary quarter to the Zurich of writers in exile, explore our treasures on these and other fascinating topics online and at the Zentralbibliothek Zürich.

Close to the centre of town yet idyllically peaceful, Hottingen has naturally attracted many writers and publishers over the years. The legendary Hottingen reading circle brought world literature to the city from its literary quarter. 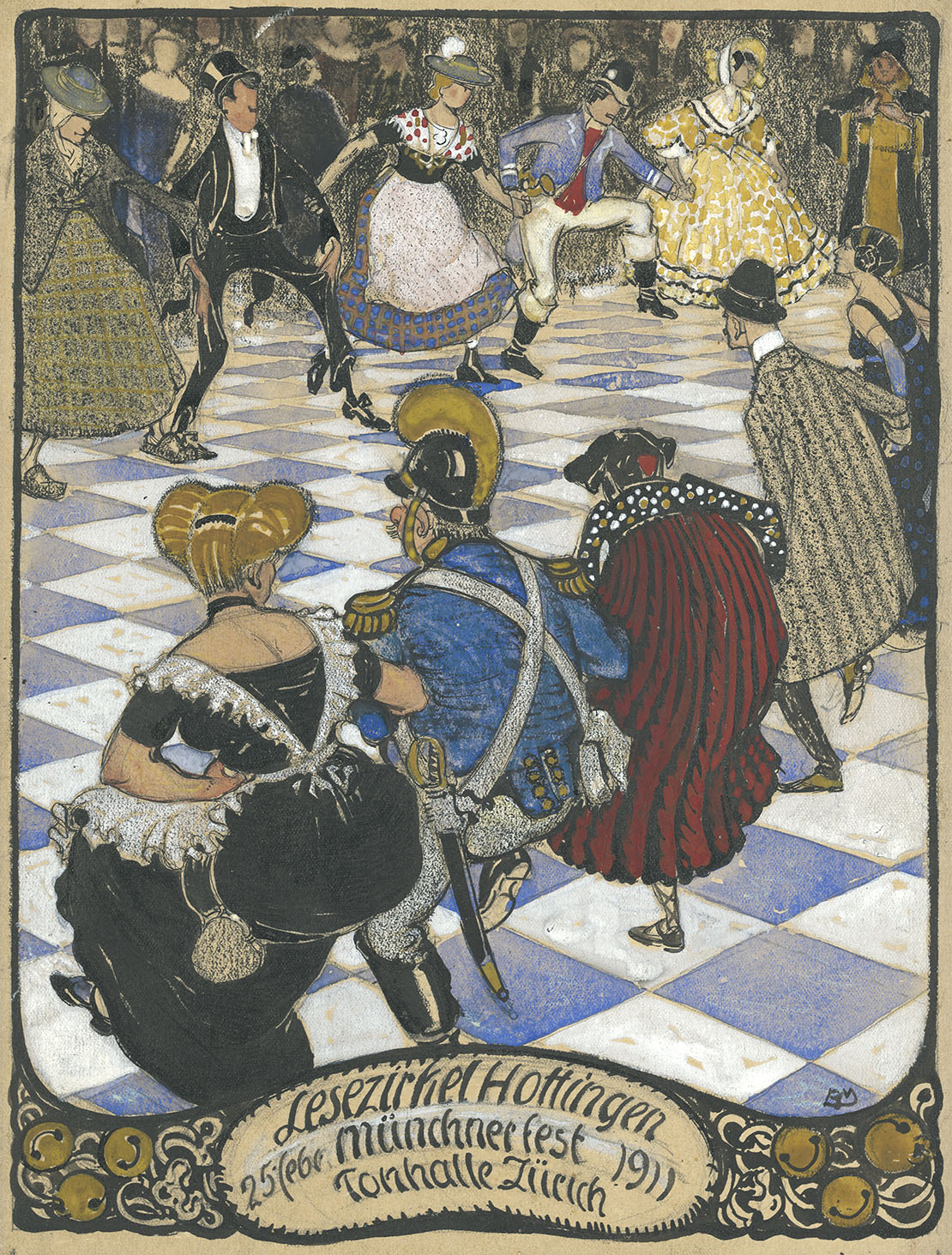 The Hottingen literary circle – a gathering point for world literature

Gymnastics club colleagues Wilfried Treichler and Hans Bodmer founded the Hottingen reading circle in 1882. With its “evenings for literature and art”, the neighbourhood association became a gathering point for world literature. The list of speakers is impressive: anyone who was anyone in European cultural life seems to have read at the Hottingen reading circle. The circle also staged spectacular poetry festivals and masked balls. Up to the First World War, it exerted a great influence over Zurich’s literary and social life.

The Hottingen reading circle in the Zentralbibliothek Zürich

We hold numerous documents on the Hottingen reading circle, including:

Living and writing in Hottingen

Numerous writers lived in Hottingen. Max Frisch wrote his first play there in his parents’ house, Gottfried Keller and Johanna Spyri were neighbours on Zeltweg, and Elias Canetti moved to Zurich’s literary quarter with his family. Kurt Guggenheim and Urs Widmer also lived and wrote in Hottingen. Ricarda Huch had especially fond memories of her time in the district.

“Yet I was sorry to leave Mrs Wanner, the little garden, Gemeindestrasse and Zeltweg, past whose houses sometimes, late in the evening, I would see old Gottfried Keller trudging, small and stooped, a great and venerated figure for me.”

Personalities from Hottingen in the ZB Zürich

We document the lives of these individuals in the Zurich Bibliography, while Gottfried Keller has a bibliography of his very own. Naturally, we also hold the works of writers from Hottingen.

Special items on the Hottingen literary district in the ZB

Publishers based in Hottingen also played their part in creating Zurich’s literary district. Ammann Verlag, Peter Schifferli’s Arche, Diogenes, Unionsverlag and many others have, at one time or another, called the neighbourhood home. We hold the books of these and other publishers in the publishers’ book archives. The publishers’ programmes hold up a mirror to the culture, economics and design of their times.

Writers in exile in Zurich

During the two global conflicts, Zurich became a haven for writers in exile. They are also represented in our collections.

“This war has enriched our country with many a true human being. No-one ever speaks about it; we should draw up a balance sheet of this intellectual profit from the war on which no taxes are paid.” 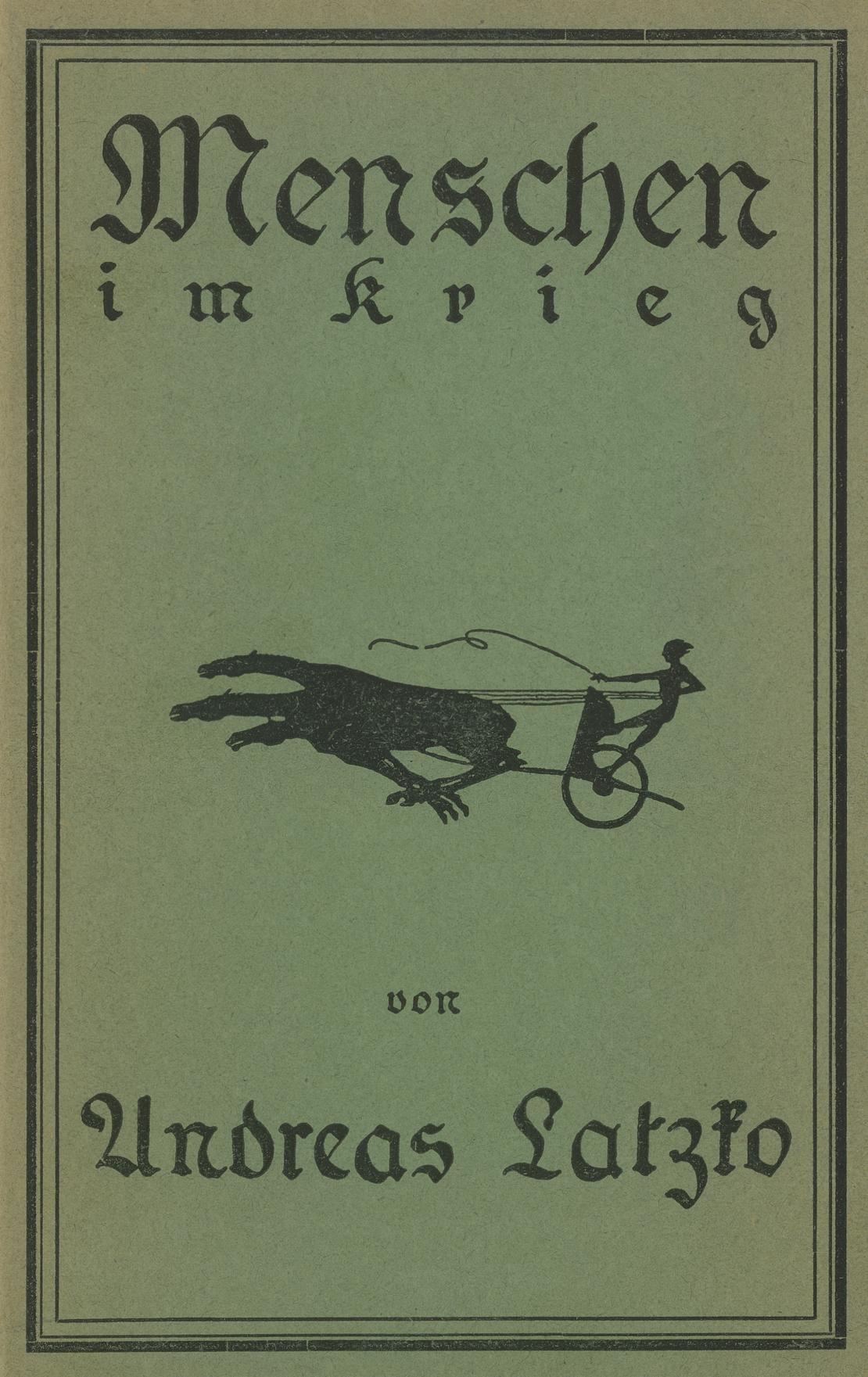 The ZB holds a number of editions of “Menschen im Krieg”

Writers in exile and Zurich publishers

The publishers Rascher and Oprecht enabled émigré writers to publish their texts. Moreover, the publishers’ families offered the refugees practical and financial support. During the First World War, Max Rascher’s publishing house promoted pacifist writings. Emil Oprecht published works by some 100 writers in exile who had fled the Nazi regime.

Emil Oprecht – a publisher at war with National Socialism

Following the book burnings in Germany in 1933, Emil Oprecht pointedly displayed the banned books in the form of a pyre in the window of his bookshop. That same year saw the foundation of Europa Verlag, in which Oprecht published works on issues of politics and the history of ideas. Thomas Mann published at Oprecht Verlag, including his exile journal “Mass und Wert” and the correspondence on the revocation of his honorary doctorate.

ZB items on the publishers

Writers’ haunts: “We wait here for a miracle”

“Café Odeon” – “Café de la Terrasse” – “Café Select”: all were popular meeting points during the First and Second World Wars. In the First World War, the Dadaists and pacifists frequented locales such as the Odeon and Terrasse, while during the second conflict, cafés in Zurich were thronged with intellectuals and artists from all over Europe. Here, emigrants could keep up to date with world events and meet like-minded people, as Else Lasker-Schüler did in the Café Select:

“In the […] ‘Zürcher Selectbar’ you’ll find us displaced poets, painters, musicians and sculptors, opposite the Limmat, between poets, Swiss painters and sculptors who’ve not been displaced. The dulcet tones of music from the radio gently lull us into exile. And we wait, we wait here for a miracle.”

The Museumsgesellschaft Zürich – a magical place

A somewhat calmer, yet magical place for the writers in exile was the Museumsgesellschaft Zürich, founded in 1834 on Limmatquai. Here, they could work in peace and keep up to date with what was going on around the world. However, they had to be introduced by a member. In addition to a document collection with membership lists, articles of association and more, the ZB also holds all the annual reports and a chandelier that probably hung in the Museumsgesellschaft.

In the 1930s the “Rabenhaus” on Limmatquai was a meeting point for intellectuals and also a place where refugees could go. Here, in the home of the Humm family, authors from Switzerland met writers in exile. Zurich author Rudolf Jakob Humm describes these times in “Bei uns im Rabenhaus” and “Carolin”. Humm’s estate includes his diaries and programmes of the literary soirées at the Rabenhaus.

The Schauspielhaus: a haven of freedom

Equally legendary are the years from 1933 to 1945 at the Schauspielhaus Zürich: as the only free stage in the German-speaking countries, the Pfauenbühne was a haven of political and artistic freedom for many refugees. From 1938, under the direction of Oskar Wälterlin, plays that had been banned in Germany were performed; they included premières of works by Bertolt Brecht and Carl Zuckmayer. We hold the programmes from this eventful period at the Schauspielhaus.

“I walked slowly through town in the wintry sunlight, pausing frequently by the swans at the quayside […], then stopped in front of Oprecht’s bookshop in Rämistrasse, and finally at the corner of the ‘Pfauen’. […] As I crossed the courtyard from Zeltweg to the stage entrance, I felt as if I should say a brief prayer. Very gently, I opened a familiar door into the rear audience area and entered on tiptoe. […] I was home.”

Exiles in Zurich through the mirror of literature: a selection