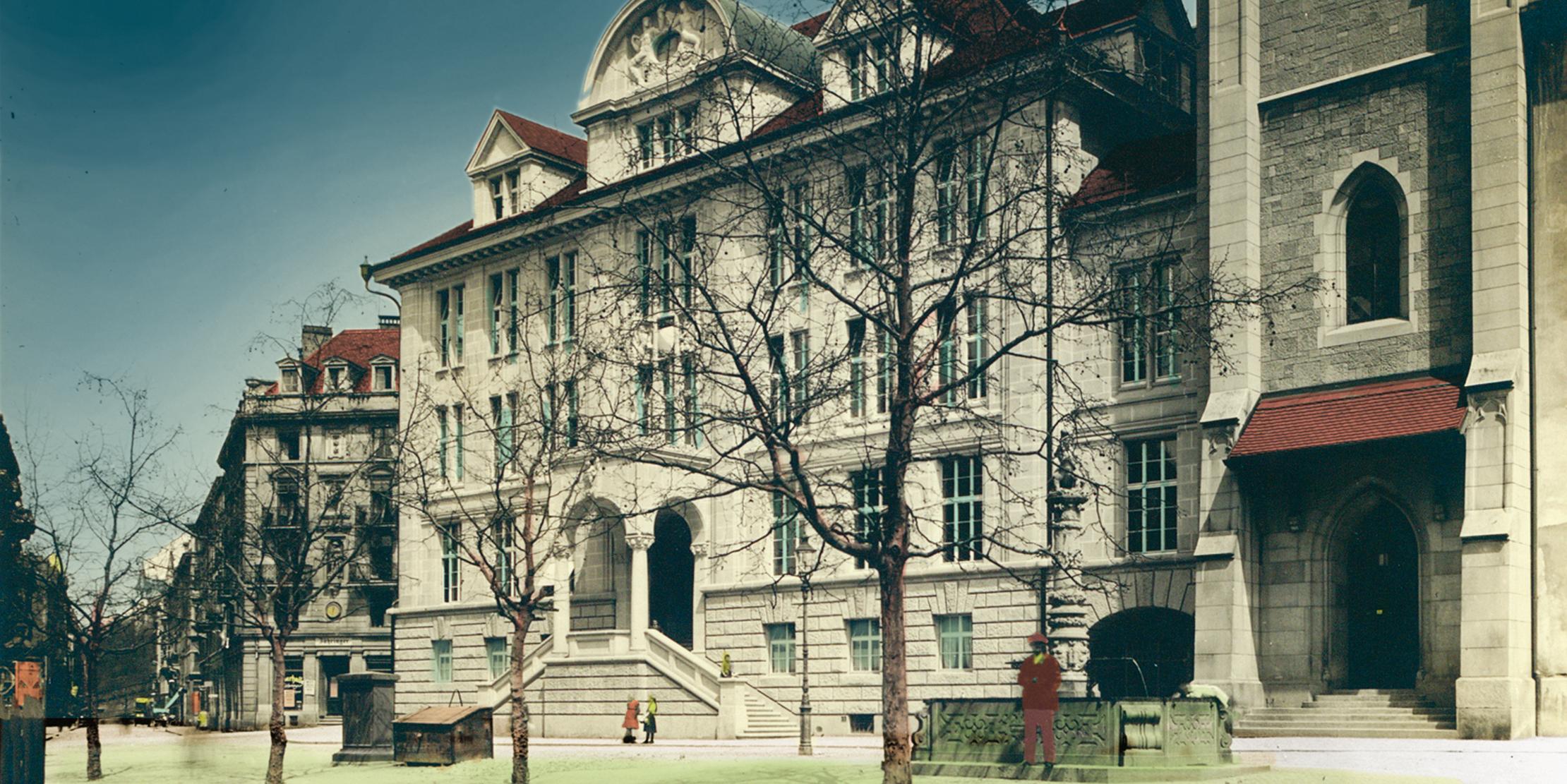 The history of the Zentralbibliothek Zürich

Ambitions, setbacks and successes: learn more about the eventful history of Zurich’s libraries, from their origins to today’s Zentralbibliothek.

The desire to create a shared library for all of Zurich dates back at least to the Middle Ages, but it took 900 years to come to fruition: it was not until 1914 that the electorate voted to merge the city and cantonal libraries to create the Zentralbibliothek Zürich. The ambition was to establish a collection covering every area of knowledge, and it laid the foundations for the university library.

From monastery library to cantonal library

The story began in 1259, with the library of Zurich’s canon monastery. Following the Reformation, its holdings had shrunk to just 470 volumes. Into the breach stepped humanist Konrad Pellikan: starting in 1532, he began rebuilding the collection with books from church property and gifts. By the time it was dissolved in 1831, the canon monastery held 3,500 volumes. These became the basis for the cantonal library.

In 1629, four merchants from Zurich founded the city library society in the former church known as the Wasserkirche, with the aim of establishing a scholarly library open to the general public. The citizens of Zurich were generous in donating their treasured possessions, and the collections grew steadily. The city library aspired to be a universal collection covering all areas of knowledge.

The central library for all finally becomes a reality

By 1890, calls for a central library were becoming increasingly vocal. In 1914 the electorate voted by a large majority to merge the city and cantonal libraries and create the Zentralbibliothek Zürich. The groundwork was laid by Hermann Escher, who was already responsible for the alphabetic central catalogue at the city library that, for the first time, described the holdings of every library in Zurich.

The continuing need for a central library was confirmed in the 1990s, with the construction of a new extension along Mühlegasse incorporating six floors of underground stacks. An administrative building was erected on Seilergraben. The Predigerchor is now home to the music collection and the “Treasury”, our exhibition space.