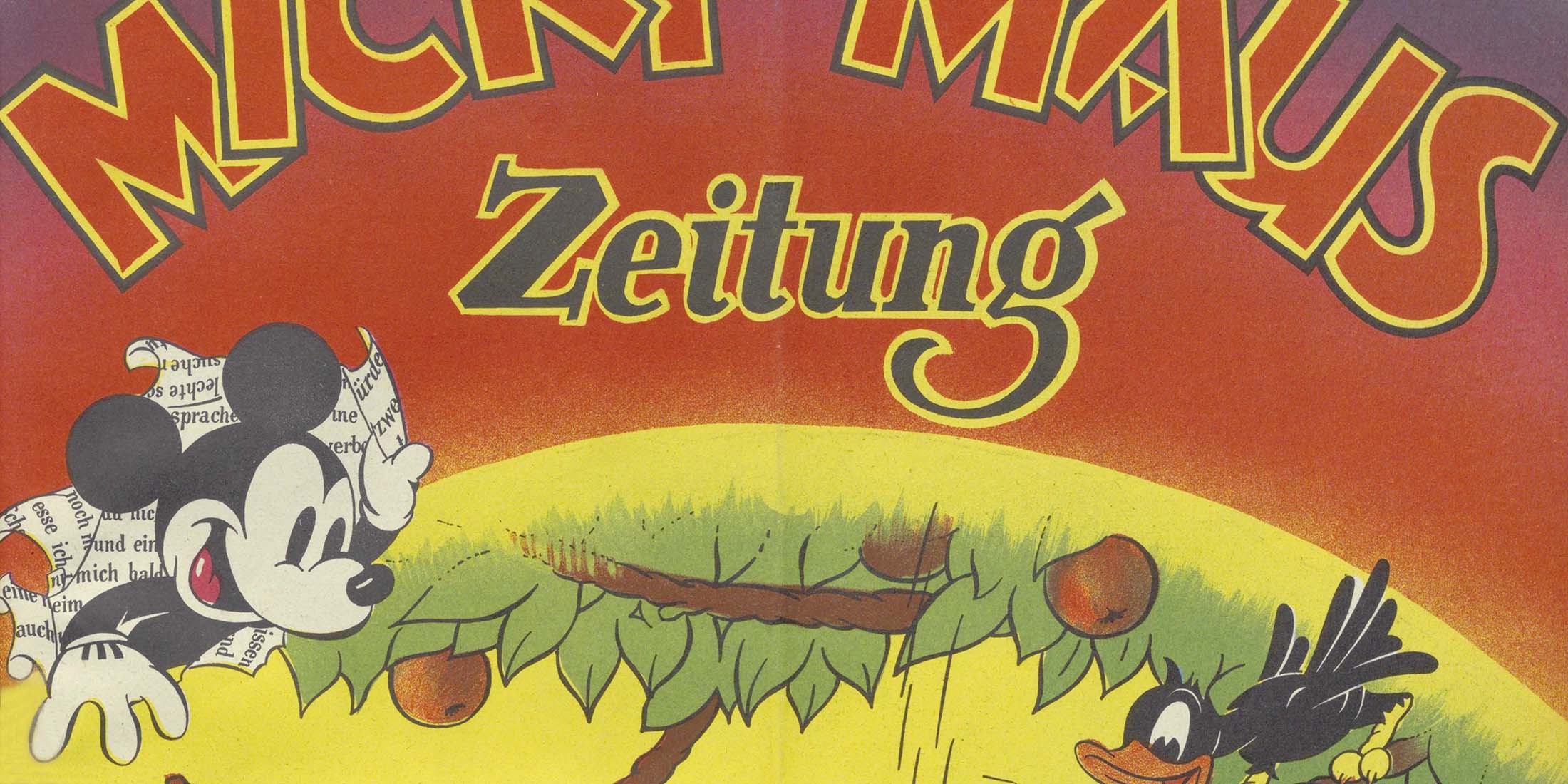 The «Micky Maus Magazin» has been published in Germany since 1951. But the first Disney comic series in German appeared much earlier, in the form of the «Micky Maus Zeitung» produced by the Zurich-based publishers Bollmann – albeit with little success.

A small printers on the Limmat 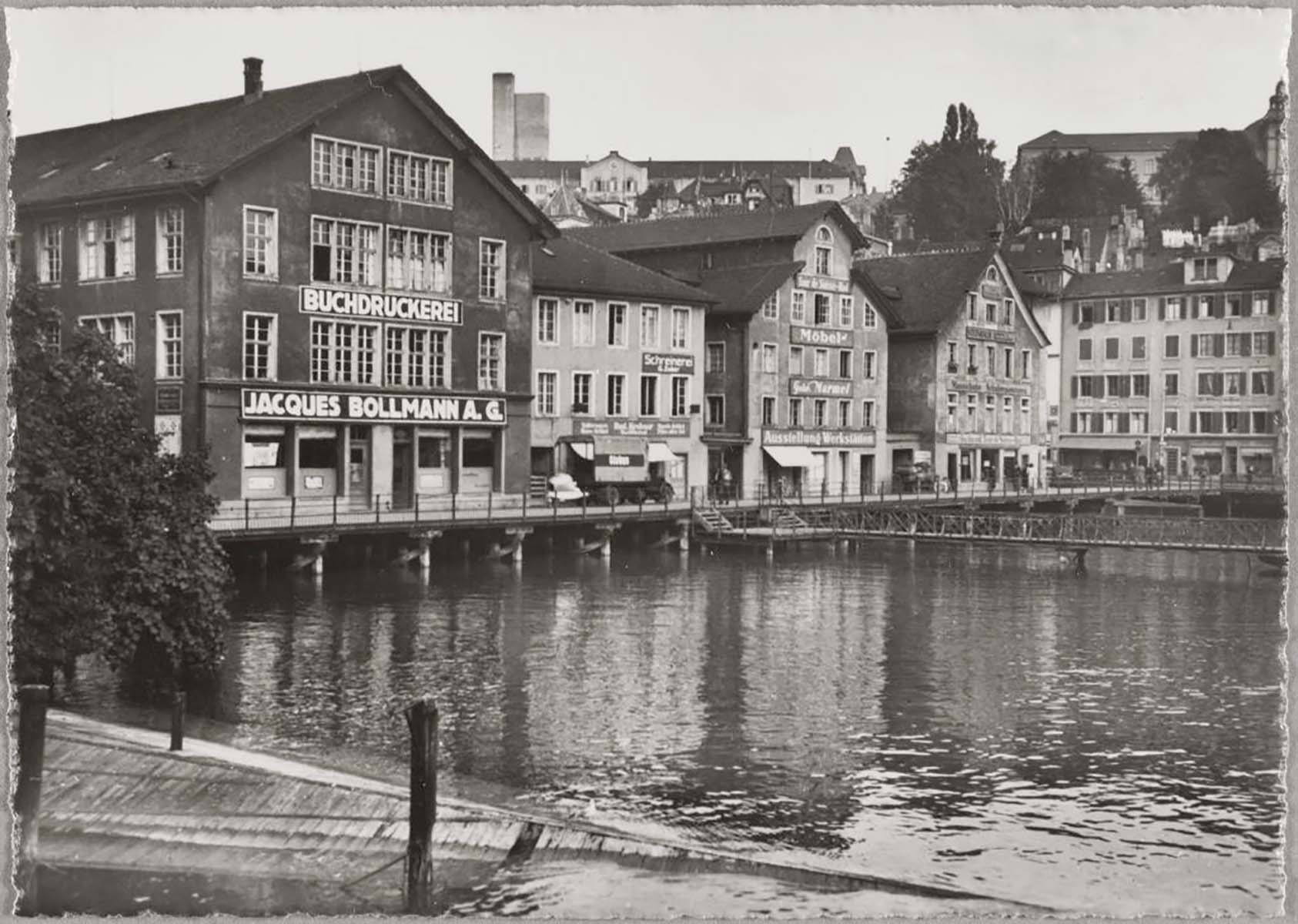 Founded in 1880, the book printing company Jacques Bollmann AG has its premises on Unterer Mühlesteg in Zurich (between what is now Mühlesteg and the Bahnhofbrücke) and is managed in the 1930s by Emma Regina Bollmann and her brother Ernst. It publishes annual reports, studies, newspapers, atlases, city maps and much more.

On a trip to Italy, Ernst Bollmann encounters Disney comics for the first time, and it occurs to him that the lovable mouse might help the company out of its financial difficulties. As a consequence of the Great Depression, Switzerland is experiencing persistent stagnation and rising unemployment. 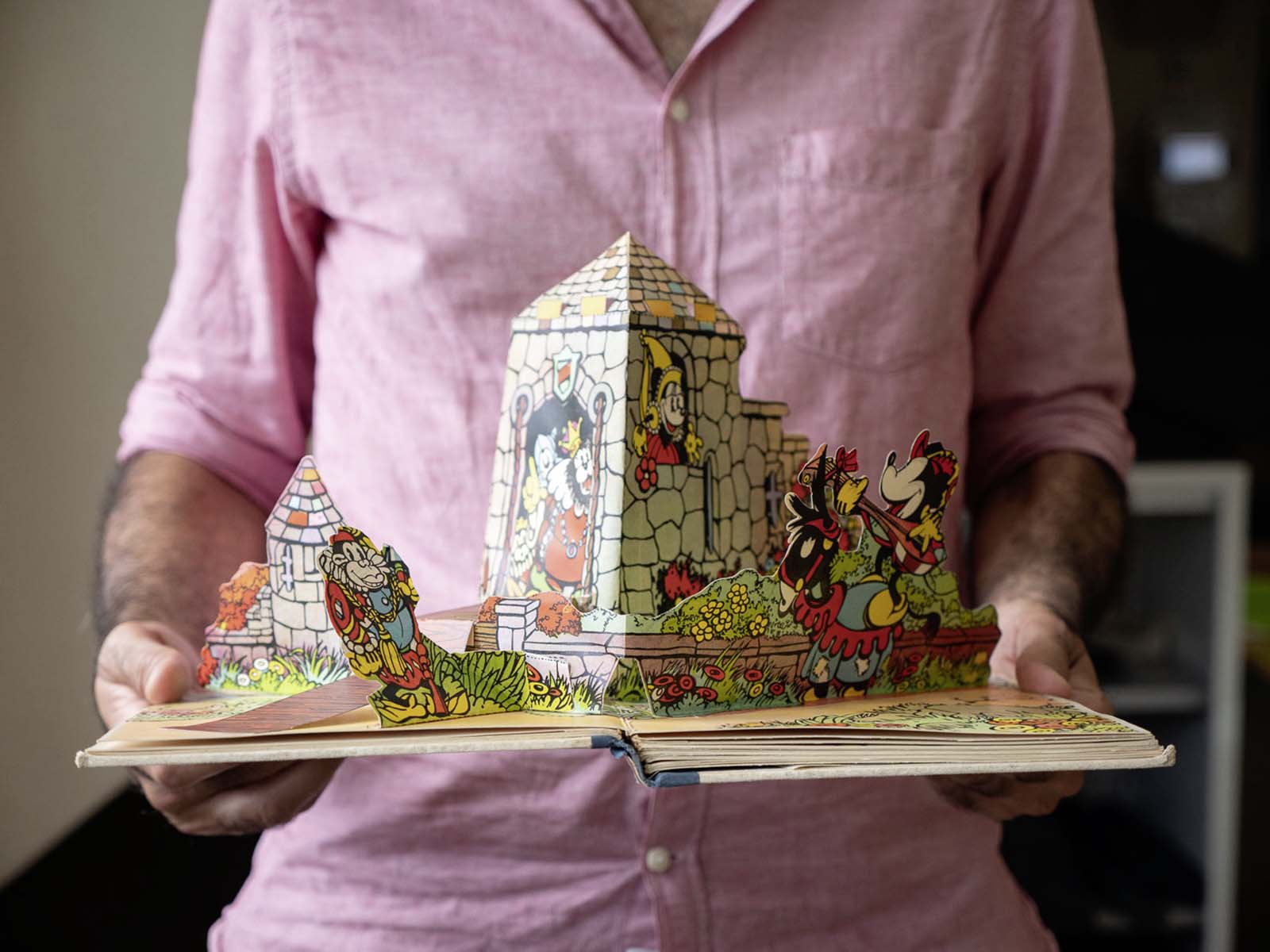 The Bollmanns acquire the rights to the Disney material, establish the Bollmann Mickey Mouse publishing company in 1936, and begin producing «wonder books»: illustrated books with removable pop-up figures. Elaborately designed, they cost between 1.65 and 7 Swiss francs (around 55 francs in today’s money), and their high price results in poor sales.

The Bollmans have higher hopes for the «Micky Maus Zeitung», or «Mickey Mouse Newspaper». It costs 25 cents and is published twice a month. It is modelled on the British «Mickey Mouse Weekly», which is successfully launched in February 1936. Along with «Topolino» in Italy, «Le Journal de Mickey» in France and «Mickey» from Spain, it is one of the first Disney magazines in Europe. A few cartoon strips in newspapers and books are published in Germany beginning in 1930, but Mickey Mouse does not become popular there as a series until 1951.

To counter the prevailing negative attitude to comics, the eight pages include educational material about Johanna Spyri or Zurich’s Sechseläuten festival alongside the Mickey Mouse and Donald Duck cartoon strips. To save money, the remaining pages are filled with puzzles, games, cinema programmes and sports results. Advertisements feature Mickey posing in Bally shoes, promoting ski outfits made by the clothing company PKZ, or singing the praises of sweets made by the company Disch from Aargau.

Mickey is given local connections: «Where does Mickey Mouse live?» the editorial asks. «In the heart of Zurich», comes the reply. «The building stands on piles in the middle of the Limmat and has an immense water wheel.» This is a reference to the Jacques Bollmann AG printing works on Mühlesteg, where the water wheel generates electricity for the high-speed printing presses.

In the Christmas 1936 dummy issue, readers can enter a competition to suggest local names for the main characters. The results are published in the next issue. The Swiss version of Donald Duck is called Schnatterich, while Goofy is renamed Muli.

Zurich comics in the ZB

Published almost 90 years ago, the «Micky Maus Zeitung» has now found its way into the Zentralbibliothek Zürich. It has little to offer from an artistic perspective, but is an important record of Zurich’s comic-book history.

The «ninth art» remains central not just to the comic-book city of Lucerne, with its annual comix festival Fumetto (2–10 April 2022), but also to Zurich. The comic magazine Strapazin published by Globi-Verlag, with Papa Moll and – of course – Globi and Globine, as well as Edition Moderne with Mike van Audenhove and Anna Sommer, are comic-book institutions in the city. As a cantonal library, we collect comics from and about Zurich, some of them in the publishers’ book archives.

«Not everyone has the cash»: Micky bids farewell

The Bollmanns’ Mickey Mouse newspaper is a financial flop, as are the pop-up books. Disney’s licence restrictions prevent them making any substantial profits, and the economic situation is precarious. As a result, the series ends after just 19 issues in autumn 1937. The closing words in the last issue are surprising nevertheless, given that its counterparts in other countries continue to sell well. 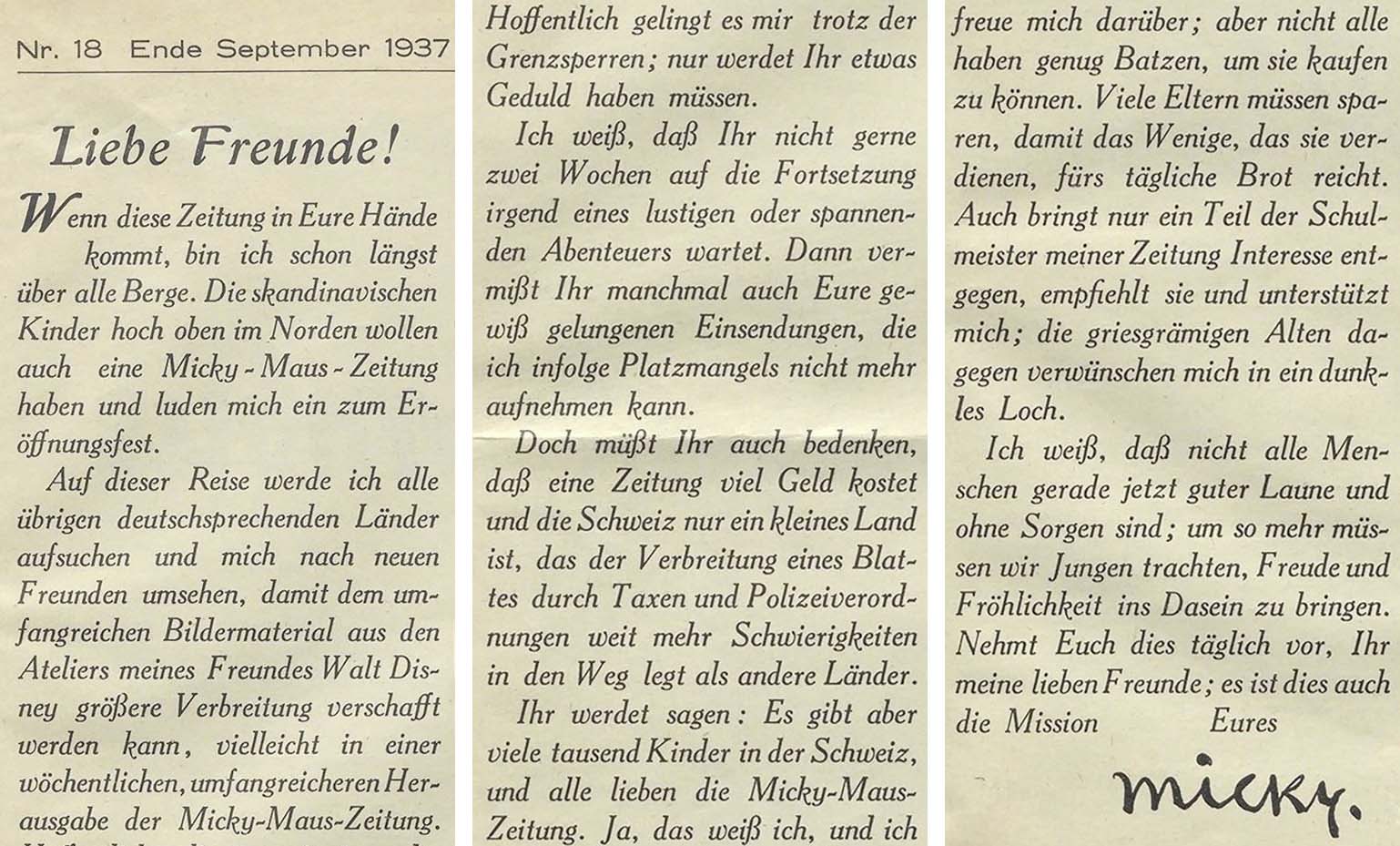 The world-famous mouse bids farewell to his audience with the following words: «You also have to remember that a newspaper costs a lot of money and Switzerland is only a small country that, with its taxes and police ordinances, places more difficulties in the way of distributing a paper than other countries do. You will say: but there are many thousands of children in Switzerland and they all love the Mickey Mouse newspaper. Yes, I know... but not everyone has the cash to buy it. Many parents must scrimp and save to afford their daily bread from the little they earn.»