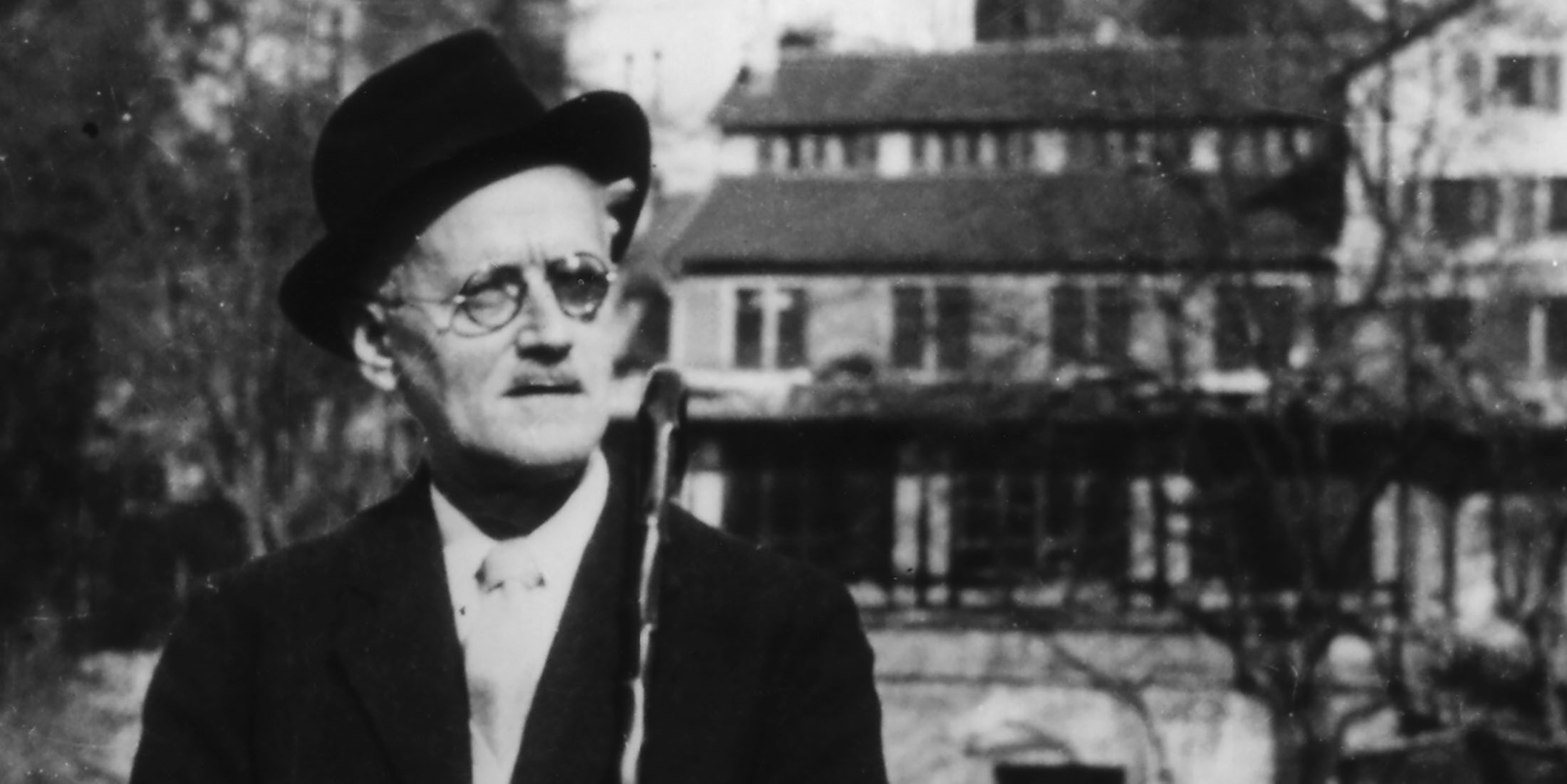 On the trail of James Joyce in Zurich

James Joyce lives and works in Zurich during the First World War, and his life here has left traces that are still visible today. 2 February 2022 marks the 100th anniversary of the publication of Joyce’s best-known work, «Ulysses». What better moment, then, for a Joyce-themed perambulation through Zurich? 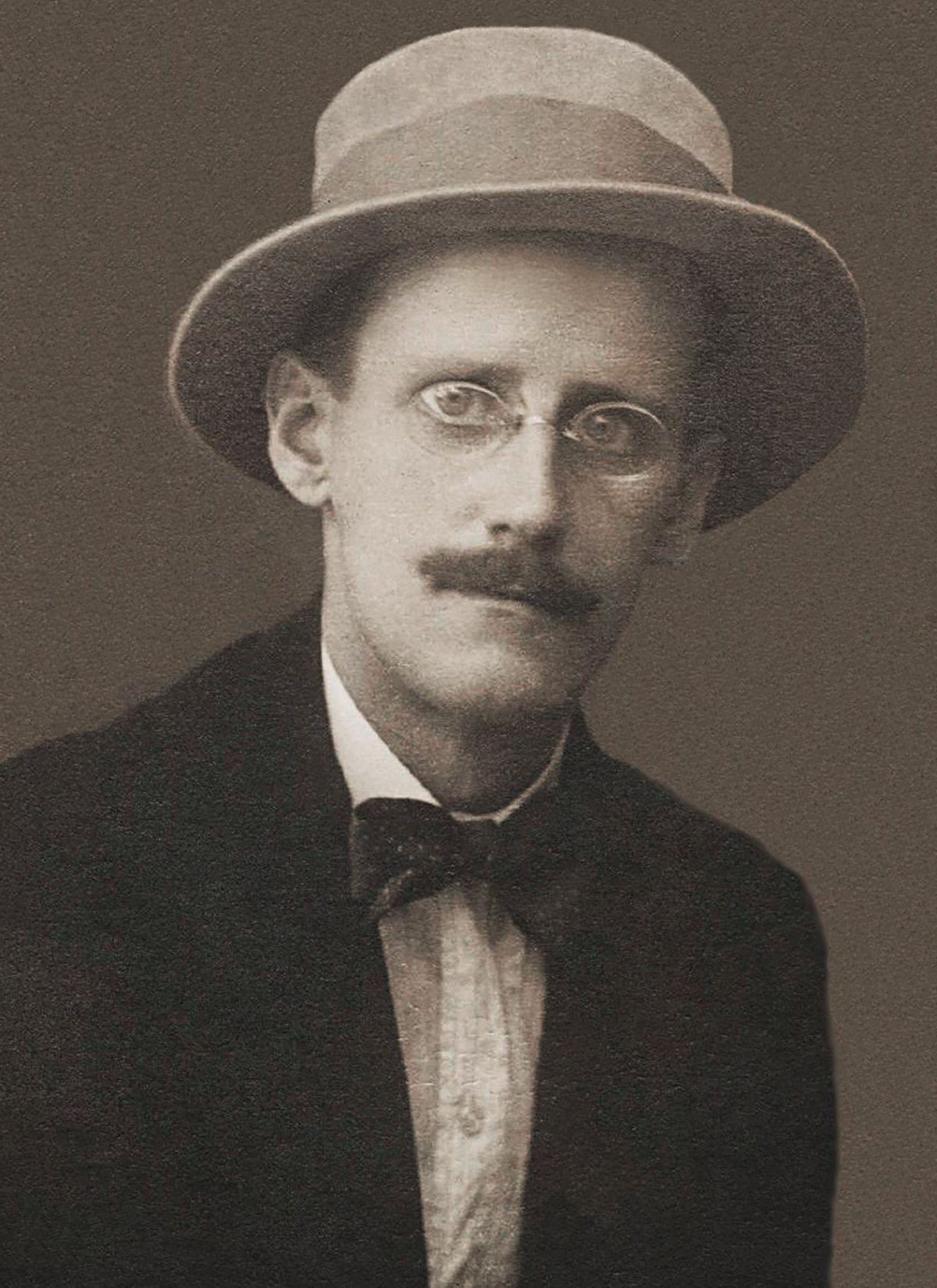 Many of us are familiar with the stylishly appointed Victorian James Joyce Restaurant in Zurich’s 1st district and the Joyce installation in Platzspitz Park. The Bloomsday Festival, which Joyce fans from around the world celebrate each year with a variety of cultural events, is also well known.

The author and poet James Joyce (1882–1941) spends the greater part of his life away from his home city of Dublin. He lives a nomadic existence throughout. For Joyce, Zurich is one among a number of homes in exile. This is reflected in the closing words of his greatest work, «Ulysses»: «1914–1921 Trieste-Zurich-Paris».

Living and writing in Zurich 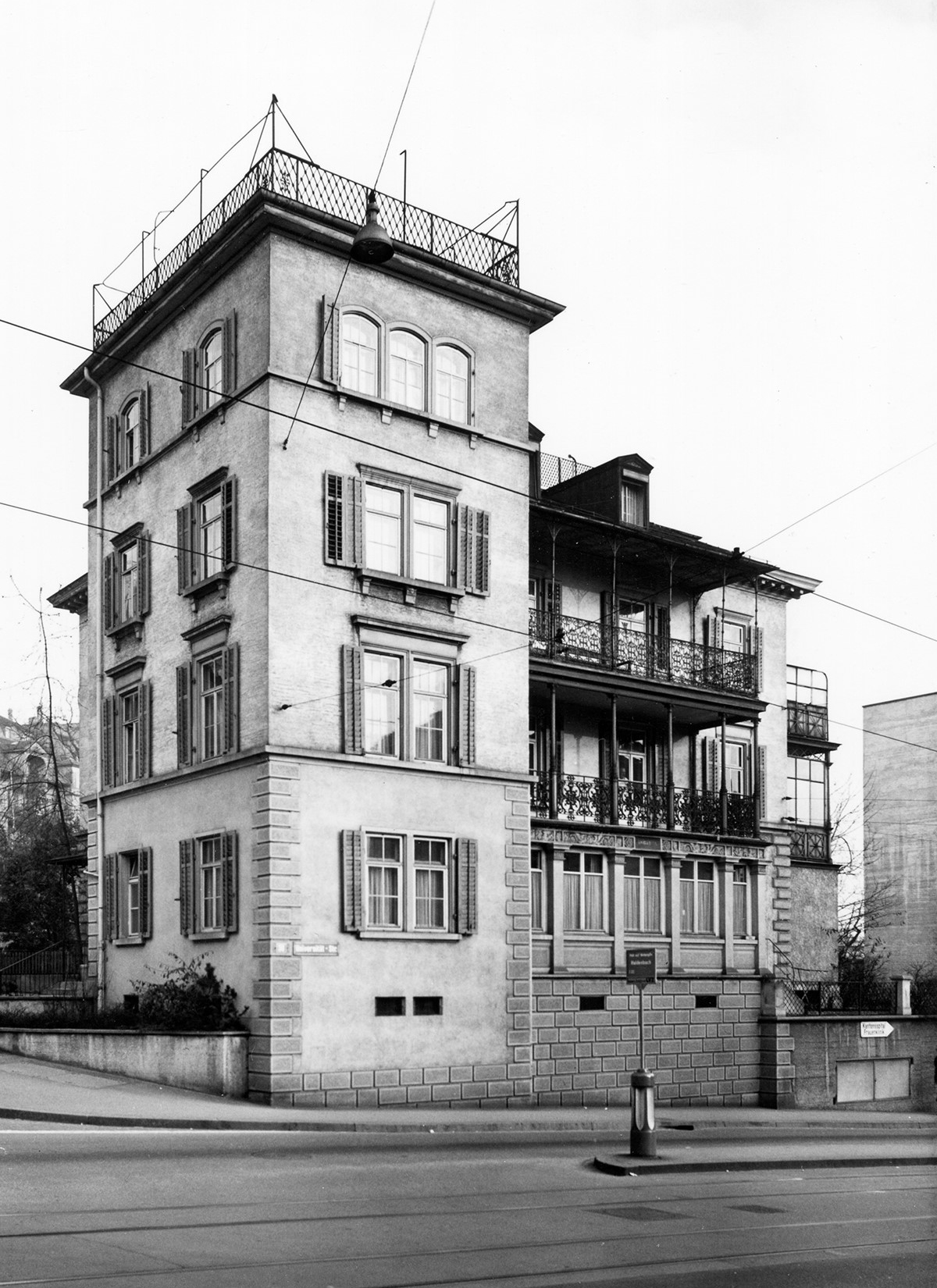 Following the outbreak of the First World War, Joyce flees from Trieste to Zurich, along with his future wife Nora Barnacle and their children Giorgio and Lucia. A commemorative plaque can be seen at Universitätsstrasse 38, one of the places where Joyce and his family live. The family move house frequently, because money is short. They inhabit four different dwellings in the Seefeld district alone. 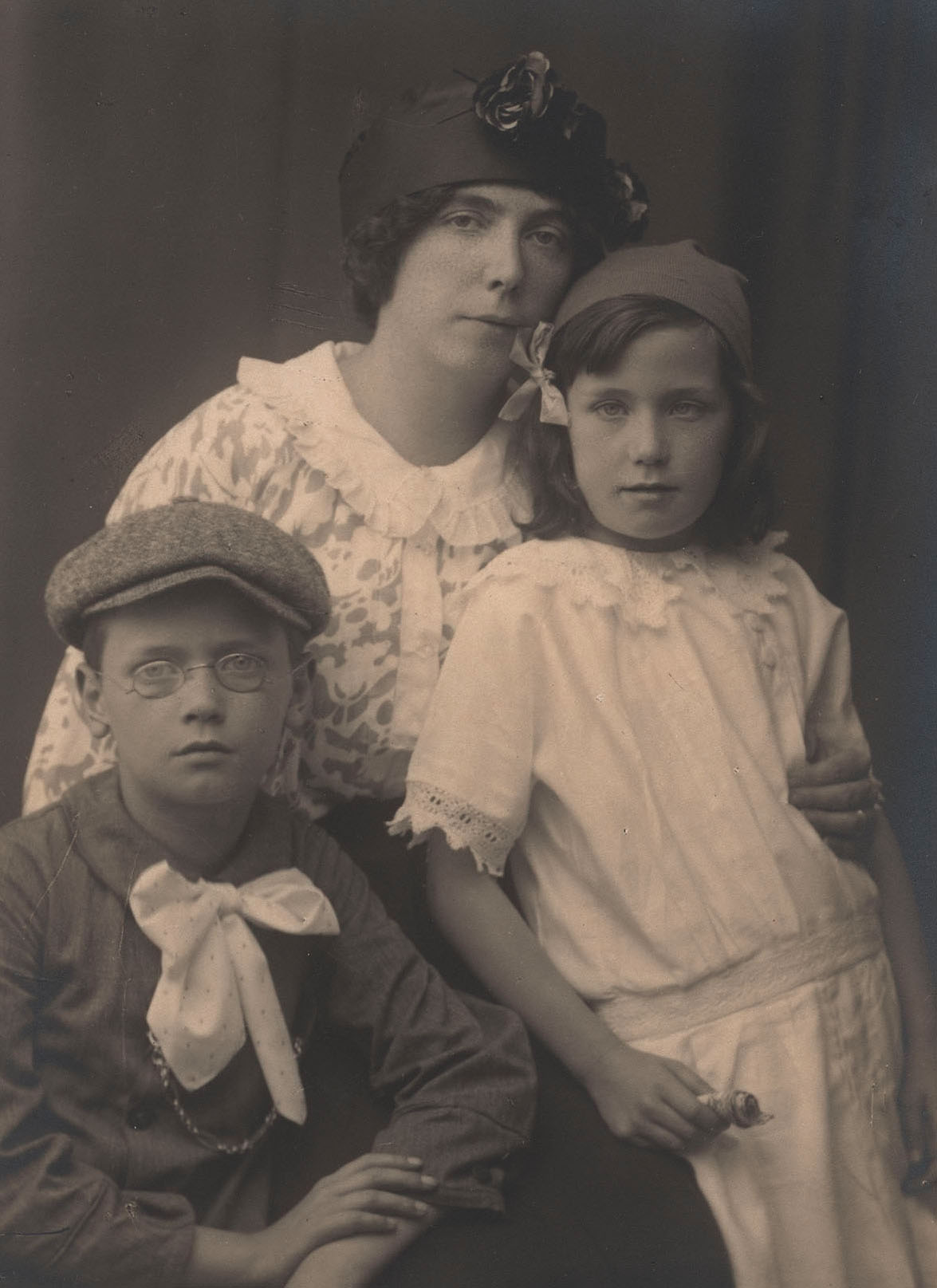 In his Zurich years, Joyce is busy working on «Ulysses», which is to become his greatest literary legacy. Many a reader has given up on the monumental work – even students of the English language have great respect for this precursor of literary modernism. The narrative technique known as «stream of consciousness» and the innumerable details make it far from an easy read. While in Zurich, Joyce writes 12 of the 18 episodes in total that make up «Ulysses». The book was published 100 years ago, on 2 February 1922, Joyce’s 40th birthday.

James Joyce in the Zentralbibliothek Zürich 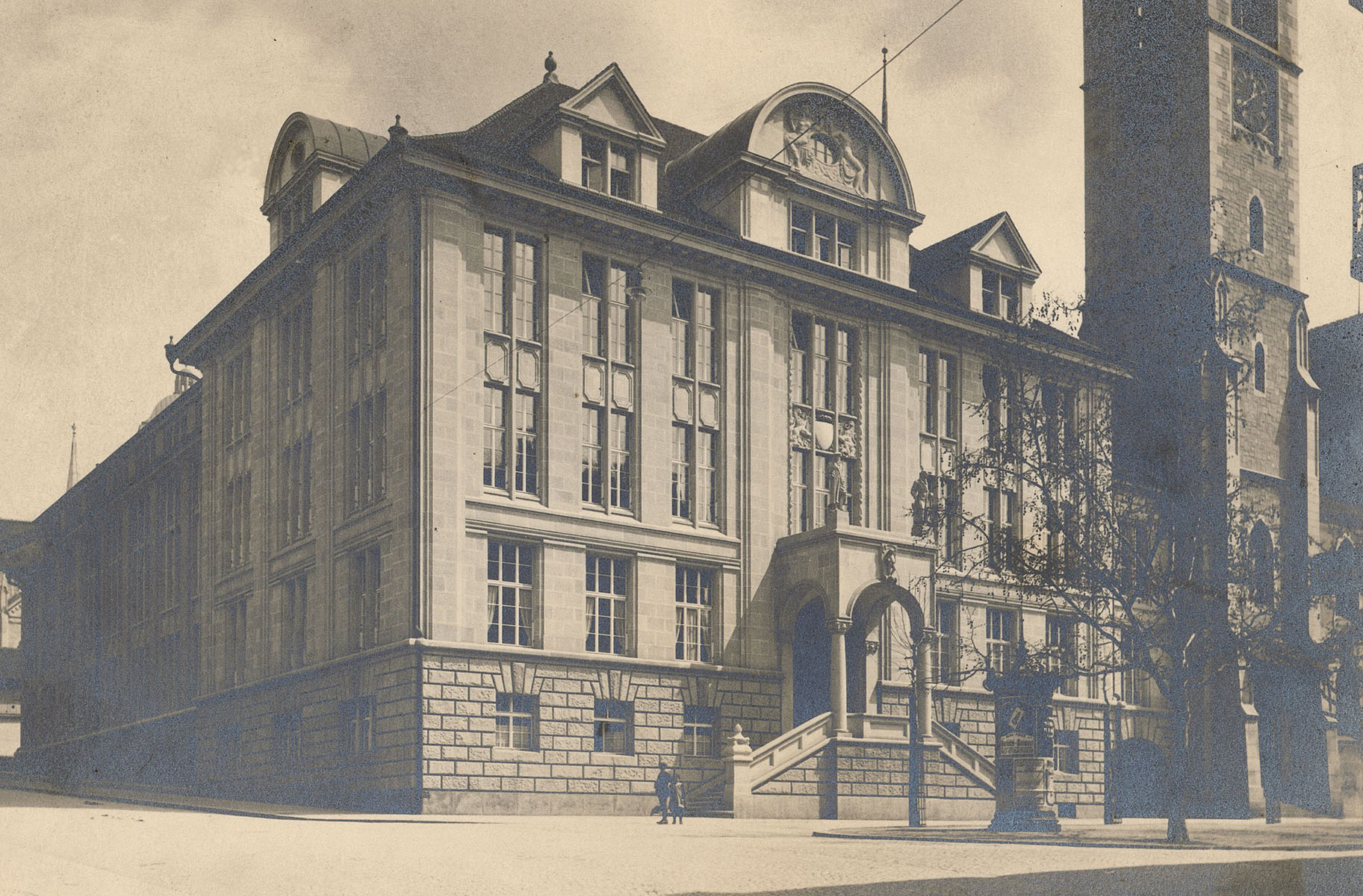 In «Ulysses», Joyce makes reference to Homer’s «Odyssey». A little-known fact, though, is that Joyce obtains books about the Greek epic in the Zentralbibliothek Zürich. He can be found listed as user no. 814 in the register at the newly founded ZB Zürich. The entries confirm that Joyce remains an active user of the library during 1918 and 1919. His notebooks contain the call number BB 1265, which to this day denotes the «Plays» of Thomas Otway, consulted by Joyce at the time.

Fritz Senn, director of the Zurich James Joyce Foundation, surmises that some pencil marks in a ZB book about the Greek original were made by Joyce, but that there is no way to establish this with certainty. An interview with Fritz Senn about James Joyce can be found on our Zurich Open Platform. 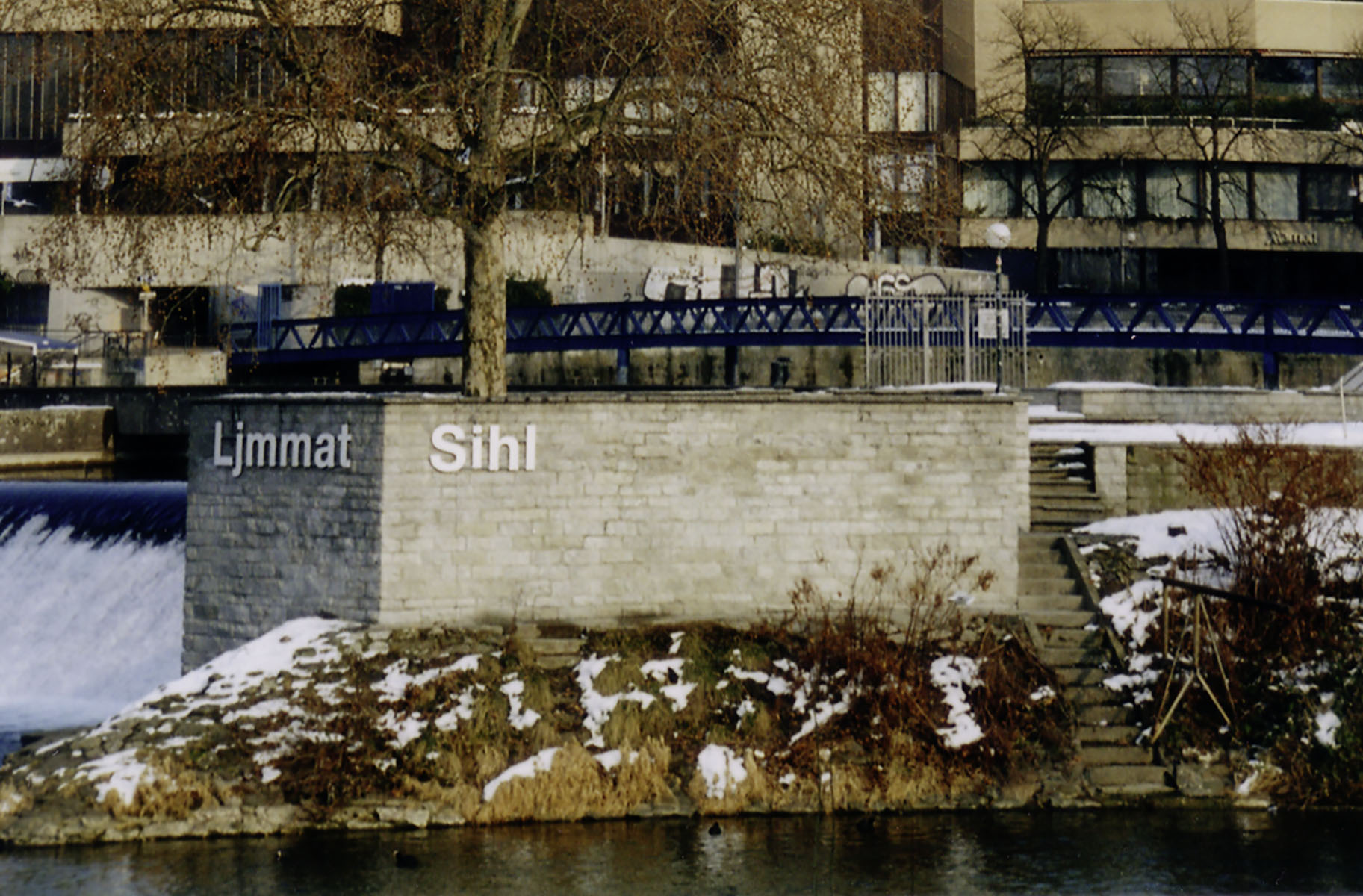 The place where the Limmat and Sihl rivers converge is James Joyce’s favourite spot in Zurich. In 2004, the Zurich James Joyce Foundation has the words «Ljmmat» and «Sjhl» affixed in metal letters to the Platzspitz wall, with Joyce’s initials integrated into the names of the rivers.

Joyce mentions both rivers in his work «Finnegans Wake»: «Yssel that the limmat?» and «legging a jig or so on the sihl». «Finnegans Wake» also includes further allusions to places in Zurich, even though the action takes place in Dublin. They include the «sillypost/sullypost» (Sihlpost), «Neederthorpe» (Niederdorf) and «saxy luters» (Sechseläuten). One noteworthy aspect is the way that Joyce mixes together words from various languages, and invents new ones. 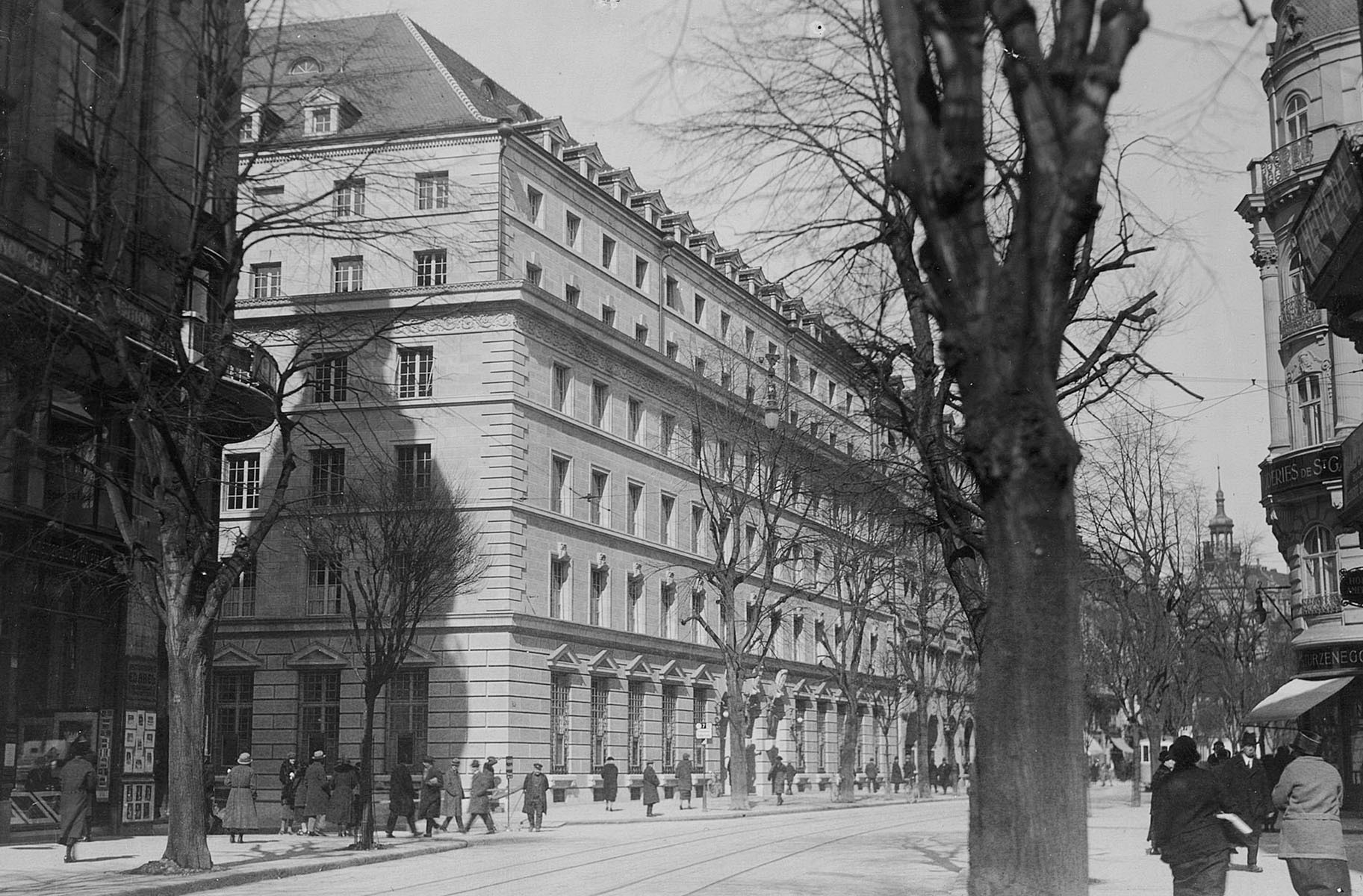 Joyce’s feelings for Zurich’s Bahnhofstrasse are anything but affectionate. He experiences a severe attack of lumbago while walking along the street in 1918. The following day he is struck down with glaucoma. Shortly afterwards he writes the poem «Bahnhofstrasse». Eye disorders plague Joyce throughout his life.

There is also a more amusing anecdote about Bahnhofstrasse. Andreas Fischer quotes Joyce’s words in «James Joyce in Zurich: a Guide»: the street, he notes, is so clean that «if you spilled minestra on the Bahnhofstrasse you could eat it right up without a spoon».

In 1920, Joyce accepts an invitation from the American poet and critic Ezra Pound to join him in Paris. It is here that «Ulysses» is published and soon becomes a runaway success. Twenty years later, following the outbreak of the Second World War, Joyce seeks refuge in Zurich once more. This sojourn in the city is his last: Joyce undergoes surgery for an ulcer and dies shortly thereafter, on 13 January 1941. He is buried with his family in the cemetery in Fluntern; his grave bears the number 1449.

Bloomsday, the day on which «Ulysses» is set (16 June 1904), is celebrated around the world to this day. For Joyce aficionados, the Zurich James Joyce Foundation is celebrating 100 years of «Ulysses» with, among other things, an exhibition, the marathon reading «Eine Stadt-Odyssee» and a reading performance.