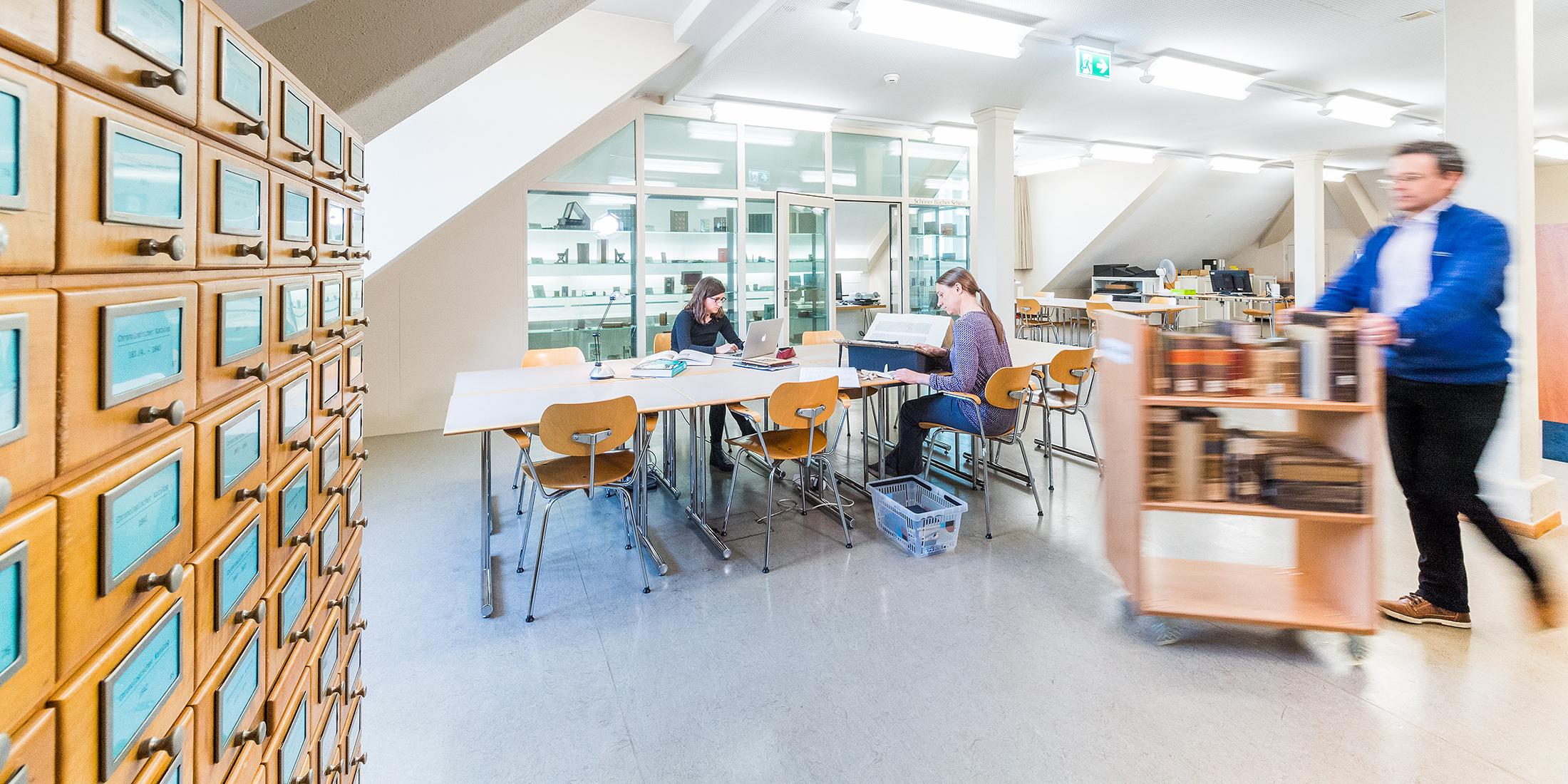 We manage the oldest collections of printed books in the Zentralbibliothek Zürich – almost 300,000 volumes published prior to 1850. Rare items from the 19th and 20th centuries are also a key area of our collection.

We hold 1,562 incunabula – the second-largest collection in Switzerland – which are described in detail in the ZB’s printed incunabula catalogue. They include numerous precious examples of early book printing such as various editions of the Nuremberg Chronicle, the earliest Swiss printed book dating from 1470, and the oldest from Zurich, published in around 1479. One of the finest items in the collection is an Italian Bible printed in Venice in 1471 and magnificently illuminated by the Pico Master.

A key area of the collection is book production in Zurich, which entered its first heyday in 1519 with the establishment of Christoph Froschauer’s printing works. A friend of Huldrych Zwingli, Froschauer printed all the Reformer’s most significant writings. He also produced important and in some cases lavishly illustrated works on history, medicine and the natural sciences, as well as numerous Bibles.

In the 17th century, book production in Zurich entered a decline, due to a lack of original minds and the confessionalisation of the book market. Cultural life in Zurich, and with it book production, did not begin to revive until the economic upturn and intellectual revolution of the mid-18th century. The publishers Orell, Gessner & Co., which merged in 1771 to create Orell, Gessner, Füssli & Co., came to be especially well regarded. In collaboration with literary critic Johann Jakob Bodmer, they published the works of leading authors imbued with the Enlightenment spirit.

The collection’s most treasured items include books of plates dating from the 16th to 19th centuries lavishly illustrated with engravings, etchings and lithographs. Works on geography and the natural sciences from the library of the Naturforschende Gesellschaft (Natural History Society, founded 1746) were often enhanced with elaborate, sometimes hand-coloured illustrations, as were books on Antiquity and architecture.

We hold extensive collections of pamphlets and brochures. In particular, they include:

Presentation copies can be viewed in the Rare Book Department; they are not available for loan. More recent acquisitions bear the call number AWD. Under AWG you will also find some coherent collections, such as bibliophile books from the Eremiten-Presse in Düsseldorf signed by authors and artists, and numerous volumes with dedications to the Zurich literary scholar and journalist Werner Weber.

All printed works can be found in the Zentralbibliothek’s Rechercheportal. We have already published more than 15,000 titles in digital form on the www.e-rara.ch platform, with more being added each month. A particular focus is on the personal libraries of famous Zurich scholars (from Zwingli to Gottfried Keller), which you can consult at ZBcollections. The donor books of the Zurich city library list the books donated each year since its foundation in 1629, along with the names of the donors. The three volumes are available in digital form on www.e-manuscripta.ch and cover the period to 1881.

History of the holdings

For a detailed history of the holdings, see the article on the Zentralbibliothek Zürich in the Handbook of Historic Bookholdings of Switzerland.